BYOD's Future is in Bringing Together Mobiles and Virtual Desktops 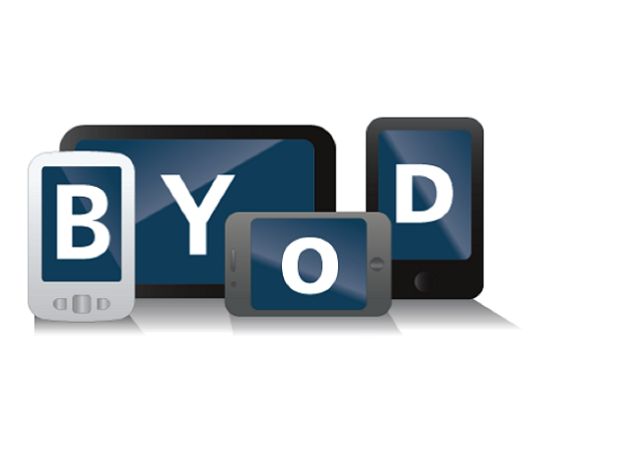 Unless someone has been living under a rock, the fact that smartphone adoption is on the rise is a no-brainer. These smartphones are also entering offices and the 'millennial' crowd wants to use them for official purposes too. Though there are still organisations that restrict the use of a mobile phone inside office premises, on the other end of the spectrum there are enterprises that are willing to allow entry of personal devices.

Research firm IDC recently stated that the market for 'Bring Your Own Devices' (BYOD) to work will continue to witness strong growth this year in the Asia Pacific region, driven by burgeoning smartphone sales and tablets in the consumer segment.

A VMware MeConomy study, which was conducted in 14 countries across Asia Pacific, reveals that 9 out of 10 survey respondents stated that they are more productive if they are allowed to work outside the office. We are taking these numbers with a pinch of salt because the sample size on which the survey was conducted was really small to come to a definite conclusion. However, one thing is certain - BYOD as a trend is here to stay.

On the other hand, industry analysts are predicting a premature death of Mobile Device Management (MDM) applications - the technology face of BYOD - since solution providers are blockaded by the boundaries of mobile software APIs.

At a CRN panel discussion, John Girard, Vice President and Analyst at Gartner said, "I can't really whitelist or blacklist apps or have remote control or permission to wipe your device, and I can't tell you where to take your device because of BYOD."

While adopting MDM and making it viable for the end-user may be a steep climb for the IT team, employees are bound to find it liberating since multiple devices are added to the equation. Imagine the flexibility available: one can log into the company VPN before heading for work, make edits to a Word document on-the-move in the car on a tablet or work on a virtual machine, all inside the secure confines of the office network.

While this improves end-user productivity, it sounds like a headache for the IT team that has to figure out a robust security framework. Most organisations are averse to mission critical apps being available on a cloud network, let alone grant access to them on smartphones and tablets lest data is compromised. Therefore, individual MDM solutions need to integrate well with the existing IT ecosystems, and at the same time allow access to pre-determined set of apps and information on portable devices with paramount importance placed on security.

This is where solutions like Citrix's XenMobile and VMware's new Horizon 6 could prove handy.

At a press briefing, Ramesh Vantipalli, Head EUC India & Regional SE Manager - South, VMware India, said, "With India's increasingly mobile and young workforce today, organisations are busy preparing for the mobile cloud era. They want to transform their applications and enterprise desktops and extend access to employees on any device. Horizon 6 can do that for enterprises."

VMware's Horizon 6 creates an end-to-end solution that includes its mainstay Virtual Desktop Infrastructure (VDI). Essentially, it delivers app virtualisation and virtual desktops in a single platform. The app platform is available across devices and Vantipalli showed us a demo of Microsoft Office running on Android seamlessly.

Now, this could be where the technology involved in BYOD is headed - end-to-end packaged solutions that infuse VDI and MDM. Individual MDM solution providers like MobileIron, which is operating at a loss as growth is stunted, might have to rethink their strategies and partner with established players to leverage the power of their existing MDM solutions and VDI.

For the end-user, such a combined solution helps in unifying multiple devices and creating a seamless interconnect between them. For a better understanding, this is somewhat similar to what Microsoft is trying to do with its 'One Windows' approach and few of Apple's Mac OS X Yosemite and iOS 8 integration features that aids in users switching between devices with ease.