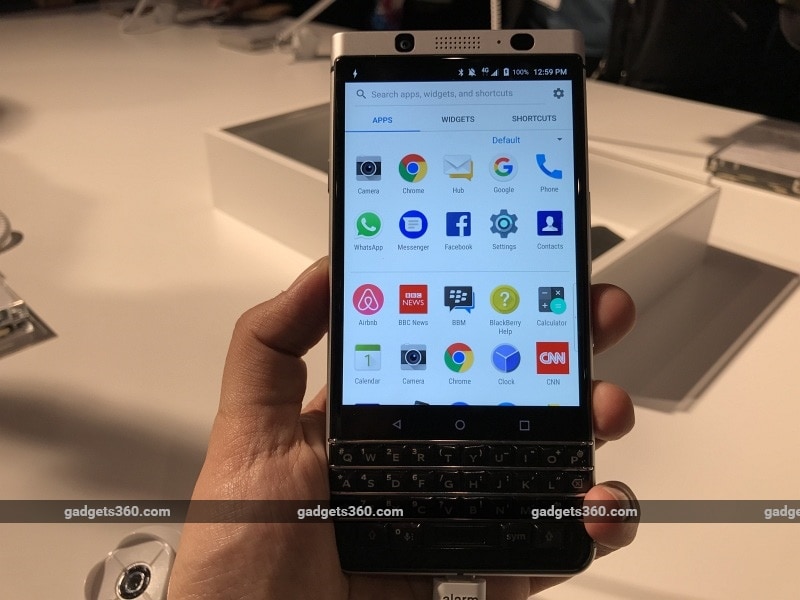 The MWC 2017 was in a way a swan song for BlackBerry, which launched the BlackBerry KEYone - the "last phone designed and engineered in-house by BlackBerry". The device keeps the BlackBerry's iconic QWERTY keypad, among other things. We take a quick look at the smartphone, which becomes available beginning April 2017, and tell you all need to know in the video below.

The handset is designed with an aluminium frame for a sturdy, durable feel and Corning Gorilla Glass 4 on top. The dimpled back panel should provide a better grip and feel while holding the device. The smart keypad features capacitive touch that lets you easily scroll through the display. The BlackBerry KEYone spacebar also houses a finger sensor while the capacitive navigation buttons are placed just above the keyboard. Shortcuts can also be assigned to keys to open up apps quickly.

The Android-powered BlackBerry KEYone sports a 4.5-inch full-HD (1080x1920 pixels) IPS display with a pixel density of 433ppi and a 3:2 aspect ratio. The device is powered by a Qualcomm Snapdragon 625 octa-core SoC clocked at 2GHz, coupled with 3GB of RAM and an Adreno 506 GPU. The handset is fitted with a 3505mAh battery with fast-charging support.

The camera on the BlackBerry KEYone is touted to be at par with the Google Pixel, sporting a 12-megapixel rear camera with Sony IMX378 sensor and 1.55-micron pixels, all of which are found in the Pixel. The front bears an 8-megapixel camera with a wide-angle lens and a flash module.

While the BlackBerry KEYone is the last smartphone made by the Canadian company, there will be future BlackBerry products that will be produced by TCL.