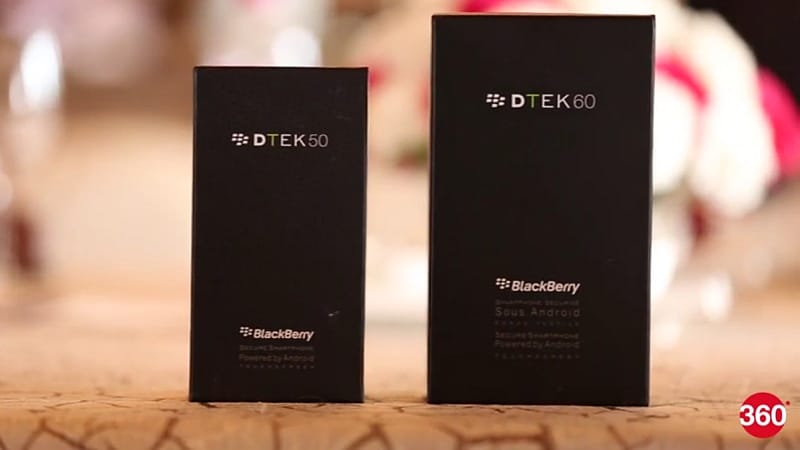 BlackBerry earlier this week launched its latest Android smartphones in India, the DTEK50 and DTEK60. The DTEK50 is the more affordable of the two, priced at Rs. 21,990, while the DTEK60 is a premium offering, priced at Rs. 46,990.

The BlackBerry DTEK50 will become available to buy in India by this weekend, while the BlackBerry DTEK60 will go on sale in India only in early December. Ahead of our full review of the two smartphones, we've created a first look video for you, and you can check it out above.

The two new BlackBerry Android smartphones share a few common specifications, such as the front 8-megapixel camera with an 84-degree wide-angle lens and an f/2.2 aperture, as well as the same sensors - accelerometer, ambient light sensor, gyroscope, magnetometer, and a proximity sensor. Both smartphones are also single-SIM offerings, supporting Micro-SIM cards, and also offer storage expandability via microSD card (up to 2TB).