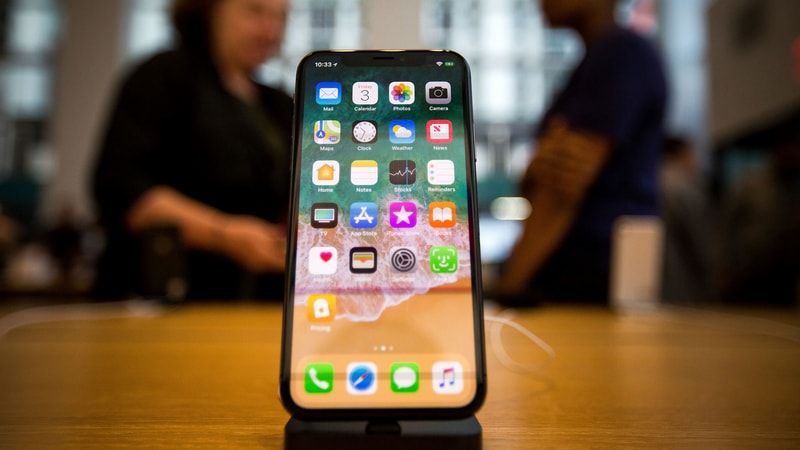 The iPhone X is doing just fine - at least, according to Apple's latest financial results. The tech titan put to rest mounting worries about whether the phone's $1,000 (roughly Rs. 66,700) price tag would hurt iPhone sales, instead reporting that the iPhone X drove it to record revenue for its second quarter.

The company reported Tuesday that iPhone sales rose by 3 percent, compared with the same time last year. That was a surprise to many watching the company ahead of earnings, who expected to see iPhone sales crater amid reports that Apple suppliers such as Samsung had drastically cut their projections for the upcoming quarter. Apple's shares dipped 5.8 percent over the past month after several reports said the Cupertino, California, company was cutting back on production of the iPhone X because of poor sales.

Yet while the phone didn't spark the "supercycle" or huge spike in sales that many expected ahead of its fall launch, it has proven both popular and profitable for Apple - sending revenue from Apple's iPhone business up 14 percent, to $38 billion (roughly Rs. 2.53 lakh crores).

Apple said that it had sold 52.2 million iPhones overall, slightly below analyst estimates of 52.5 million, according to market research firm FactSet. But the company turned in a record profit for this time of year and beat expectations by reporting $61.1 billion (roughly Rs. 4.07 lakh crores) in revenue.

Apple also gave better projections for the third quarter than expected, giving investors more confidence in the company's long-term health at a time when its top smartphone rival, Samsung, said it expects demand for its high-end phones to soften.

On an earnings call with analysts, Cook said that he's not worried that the pool for new iPhone customers is shrinking, despite the fact that people aren't buying high-end phones as frequently as they have in the past.

"I don't buy the view that market's saturated," he said. "I don't see that from a market point of view...and certainly not from an iPhone point of view."

When it comes to fears about the iPhone X's performance, this report should "all but put them to rest," Motley Fool senior analyst Jeff Fischer said."Tim Cook and Apple are playing the long game," he added.

Another bright spot for Apple was its services business, which includes Apple Music, iTunes and the App Store. It is one of the company's fastest growing units. Apple reported that its services business grew 31 percent from the same time last year. That brings the overall segment to the size of a Fortune 300 company, Cook said, which is crucial for Apple as it looks to build out its ecosystem and further tie together its devices and services.

Sales of "other products" - generally considered to be the Apple Watch, headphones and now the new HomePod - grew 38 percent to $3.9 billion (roughly Rs. 26,000 crores). Apple did not offer any hard numbers of sales of its smart speaker, which went on sale in January.

Sales of the iPad were also up slightly in terms of units sold and on revenue, continuing a modest resurgence of the company's tablet business. Mac computer sales fell a bit, but remained flat on revenue.

Still, the iPhone remains Apple's most critical product, making up nearly 70 percent of its total revenue - which is why any hint that Apple smartphone sales are weakening prompts panic among investors.

The company also said it would expand its stock buyback program with a new $100 billion expansion. The firm now has more flexibility to spend its cash without risking high tax payments, after recent changes tot he tax law.

Apple has pledged to spend much of that money on its operations in the United States, a promise it reaffirmed in a news release Tuesday.

Cook also weighed in on fears about a trade war between the United States and China, which is Apple's third-largest market. He said that the world "only wins if China and the US win" and said he is optimistic that the two countries can work out their differences. Cook met with President Donald Trump at the White House about his administration's trade policies and tariffs on China, which Apple has publicly criticised.