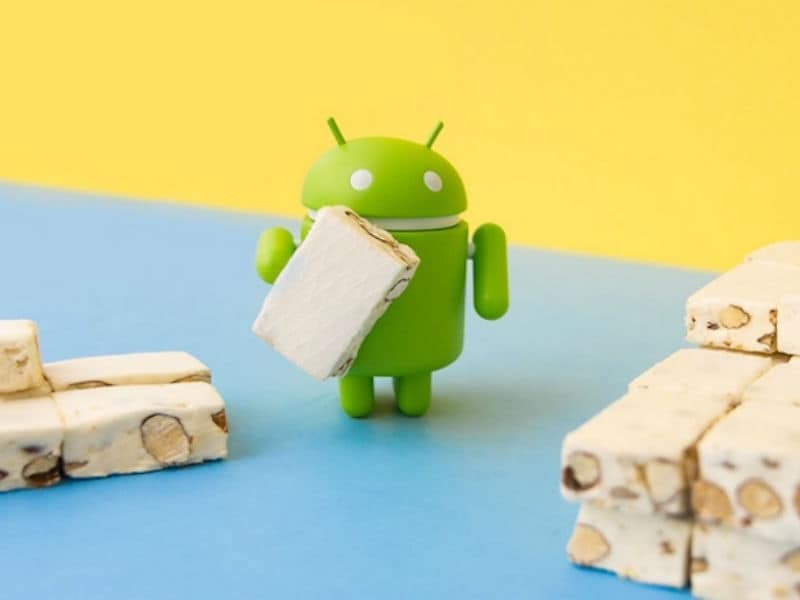 Google has announced Android 7.0 and Android 7.1 updates, but there is a lot of confusion and uncertainty regarding when the update will be rolled out by the major brands. While some – such as Motorola and OnePlus – have been forthcoming with the information, most other brands are being characteristically secretive about the Android Nougat update plans for their smartphones.

To bridge the gap, we have compiled the Android 7.0/  7.1 update information for Samsung, Nexus, Motorola, Sony, OnePlus, HTC, LG, Huawei, and Xiaomi, from official and unofficial channels. Take a look at the list below to find out whether your smartphone is getting Android Nougat update anytime soon.

Google will start pushing the Android 7.1 Nougat OTA update for Nexus 6P and Nexus 5X in December, but the first developer preview of the build is out for the two Nexus smartphones as well as the Pixel C tablet. The update will include Daydream VR support, A/B system updates and image keyboard support, among other features.

Nexus devices receiving the Android 7.1 update will not get features like Google Assistant and Pixel Launcher, which are exclusive to the new Pixel smartphones, which ship with Android 7.1 out of the box.

(Also see: 5 Features Only Google Pixel Phones Will Get)

With its hands full in dealing with Galaxy Note 7 fiasco, Samsung has not made any announcements regarding the Android Nougat update for its devices. However, leaked reports suggest that the company is working on it, and the flagship Galaxy S7 and Galaxy S7 Edge smartphones will obviously be the first to get it.

Among the big changes that can be expected from Samsung’s Android Nougat update is the expansion of Grace UX, which was unveiled along with Galaxy Note 7. Grace UX is headed to Galaxy S7 and Galaxy S7 Edge at least, and it reportedly makes the smartphones smoother.  Another report suggests that the TouchWiz UI will get a major overhaul with the Android Nougat update; this can be seen in the beta software program that Samsung is running in South Korea and China.

On the other hand, Lenovo – Motorola’s parent company – has not released a timeline for the Android Nougat update or a list of devices that will receive it.

Sony on its blog announced that 11 of its devices will get the Android Nougat goodness. First up in the list are the new flagship models, Xperia XZ and Xperia X Compact. These will be followed by Xperia Z3 , Xperia Z4 Tablet, Xperia Z5, Xperia Z5 Compact, Xperia Z5 Premium, Xperia X, Xperia XA, Xperia XA Ultra, Xperia X Performance.

The Sony Android 7.0 Nougat update has already been seeded to Xperia XZ and Xperia X Performance, and the update for Xperia X, Xperia X Dual and Xperia X Compact have started trickling in.

HTC tweeted in June this year that it will release the Android Nougat update for the HTC 10 in Q4 2016, followed by the updates for One A9 and One M9. The company had also said separately that additional devices to get the update will be announced later this year, but there has no official word about that so far. The Taiwanese company is said to be readying to launch later this month a new smartphone named HTC Bolt, which will reportedly come with Android 7.0 baked in.

Huawei has been mum on the matter of updating its smartphones to Android 7.0 or 7.1, but it is expected that the company’s upcoming Mate 9 phablet will run the latest version of Google’s mobile OS. Additionally, a preview build of Android Nougat developed by Huawei was leaked online in August. Therefore, it seems that the company is working hard to bring the update to the smartphones, though we are still in the dark regarding which devices will be upgraded.

A screenshot of Xiaomi’s MIUI 9 software based on Android 7.0 Nougat was leaked on Chinese social network Weibo earlier this month. There is no word on which devices will get the update, though top models like Mi 5 and Mi Max are likely contenders. Other devices that may get the taste of Android Nougat are Mi 4s, Redmi Note 3, Redmi Note 4, Redmi 2 Prime, Redmi 3, Redmi 3s, Mi Note, Mi Note Pro, Mi Pad 2, and Mi 4i. The company is also said to be working on Mi Note 2 Pro phablet, which comes with Android 7.0 Nougat out-of-the-box.