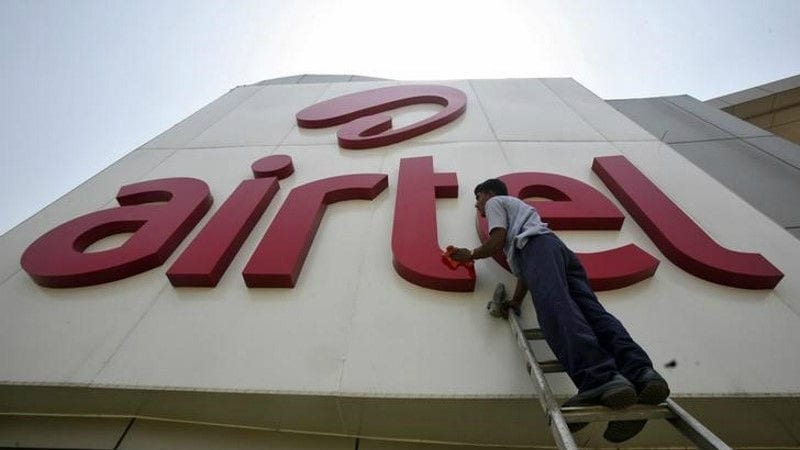 Need to catch up to the important developments from the world of tech? You've come to the right place, as we take a look back at the week that's gone by, and highlight the news you can use in one place.

After launching attractive prepaid recharge packs with 1GB bundled data per day, Airtel is now providing its postpaid customers 30GB data free of cost as part of its Airtel Surprise offer. The free data comes with monthly cap of 10GB, and users can claim the free data under the MyAirtel app.

Airtel wasn't the only telco with a new offer either. BSNL, in a bid to counter Reliance Jio Prime subscription plans, has launched a new recharge pack that provides 2GB of data per day and unlimited calls within its network at Rs. 339. With this, BSNL is providing double the mobile data that other telcos, such as Reliance Jio, Airtel, and Vodafone, provide in the same price bracket.

The new Rs. 339 BSNL recharge pack has validity of 28 days, and comes with 25 minutes of free calls to other networks per day. Beyond the free 25 minutes, customers will be charged at 25p per minute for voice  calls. The BSNL offer is limited for 90 days. The only catch with the BSNL recharge pack is that it provides only 3G data, while Jio is giving users 4G data.

Idea Data Recharges Over 1GB Will Soon Have the Same Price for 2G, 3G, 4G

The Moto G5 Plus sports a 5.2-inch full-HD display, and is powered by a 2GHz octa-corechip, coupled with either 3GB or 4GB of RAM, and 16GB or 32GB of storage respectively. When the smartphones were unveiled at MWC 2017, the highlight feature was the Google Assistant, but the company has confirmed to Gadgets 360 that the Google Assistant feature will not ship with the Moto G5 Plus out-of-the-box. Instead, this will be available as a Play Store update, rolled out by Google. Moto G5 hasn’t launched in India yet.

Flipkart Unveils a 'BuyBack Guarantee' for the Moto G5 Plus

WhatsApp replaced its text status updates with the new WhatsApp Status stories but after much negative feedback from users, text updates are coming back. The old WhatsApp Text Status feature was first seen in the 'About' section on Android beta, and now WhatsApp has officially confirmed its arrival.

WhatsApp had rolled out the new feature last month, but almost immediately users were unhappy about the loss of the text update. Within just a day, rumours were there that the WhatsApp text updates were coming back, but it's now official, and coming to Android next week, and iOS soon.

There are also rumours that Reliance Jio and Google might be working together on a budget-friendly 4G VoLTE Android phone. Neither company offered any comment on the matter, however, the report also suggested that the two have separately partnered to develop software for the latter's smart TV services - due to be launched later this year.

Google Tipped to Be Working on a 'Non-Pixel' Budget Smartphone

On his visit to India in January this year, Google CEO Sundar Pichai had said that there is a need for $30 (roughly Rs. 2,000) smartphones in the Indian market. Industry sources are suggesting that this might happen with some help from Reliance Jio, with a launch before the end of 2017. It's worth pointing out that with its Lyf brand, Reliance Digital was the fifth biggest smartphone vendor in Q3 2016, as per market research firm IDC.

Meanwhile, Xiaomi has sent out invites for a launch event on Monday, and the company is now dropping hints on social media running up to launch. This is expected to be the budget Xiaomi Redmi 4A, which was launched in China in November.

In launches this week, we got the Intex Aqua Trend Lite, with 4G VoLTE, front flash priced at Rs. 5,690. The smartphone packs a 2600mAh battery, and sports a 2-megapixel selfie camera with LED flash, with dual-SIM functionality. There was also the Coolpad Note 5 Lite, launched at Rs. 8,199. The phone will be available from Tuesday, and has a 5-inch display, a 1GHz quad-core CPU, and 3GB RAM. The LeEco Super 4 series smart TVs were launched starting at Rs. 46,990, and go up to Rs. 86,990.

Netflix has been beta testing a thumbs up/ down rating system for some time now, and the company confirmed that it will be replacing the five star rating system that it currently uses, by April this year. Meanwhile, in the UAE, Zomato rolled out its loyalty program Zomato Gold, which gets you free drinks with your orders. This will be making its way to India in the Summer, starting with Delhi, Mumbai, and Bengaluru. And Paytm has gone international, announcing the launch of the Paytm Canada app, which can be used to pay Canadian and Indian bills. Paytm already had an R&D lab in Canada but until now, operations were restricted to India.

Finally, in a scary reminder to always buy original batteries and chargers, and to take good care of your devices, a woman who was using battery-powered headphones on a flight suffered from burns when the headphones caught fire mid-flight.

OPPO F3 Plus: Consumers Await the New Selfie Expert
Security of Digital Payments Is Crucial for a Cashless India