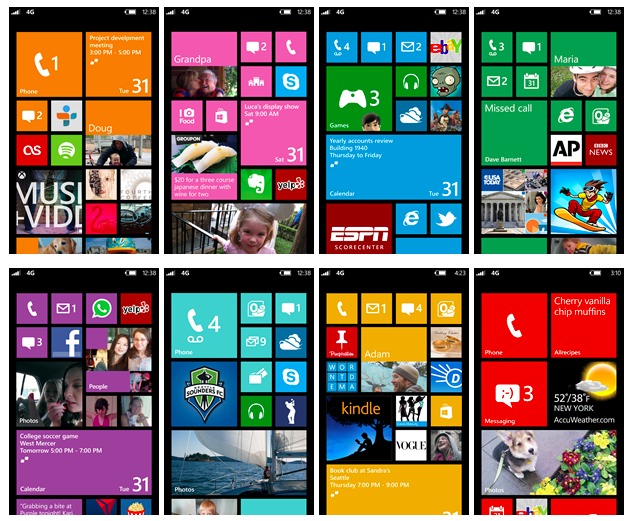 Microsoft showcased the latest version of its mobile OS Windows Phone 8 to developers and select audience in San Francisco on Wednesday. While some are calling it Microsoft's last attempt at remaining relevant in the mobile space, others are really excited about the offerings in Windows Phone 8. Here are the top 8 features in Windows Phone 8.

3) MicroSD card support
Windows Phone 8 comes with MicroSD support, so users are no longer limited by the built-in storage.

4) NFC wireless sharing
NFC, or Near Field Communication, technology enables devices to communicate with each other over radio frequencies without any physical contact (much like Bluetooth). Windows Phone 8 comes with built-in NFC support that lets you share information (like a contact) with another NFC-enabled device.

5) Internet Explorer 10
The next version of Windows Phone comes with the same web browsing engine as Window 8 PCs and tablets. IE10 is faster and more secure, with advanced anti-phishing features like SmartScreen Filter to block dangerous websites and malware.

6) Wallet
You can keep debit and credit cards, coupons, boarding passes, and other important info in your Wallet. Paired with a secure SIM or NFC, it can even be used to make payments.

7) Nokia Maps
Maps in Windows Phone 8 will be powered by Nokia and will offer turn-by-turn navigation in several countries. The ability to store maps offline so they can be operated without a data connection will be a nice plus.