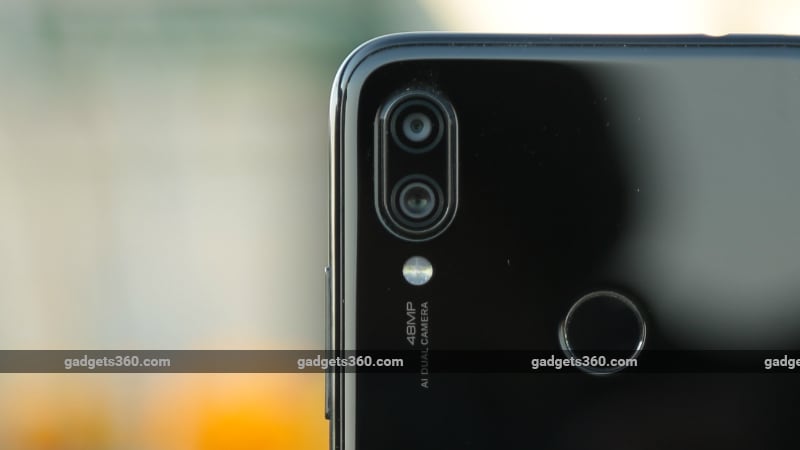 In this article, we talk about all the smartphones that have been officially launched India with a 48-megapixel camera sensor onboard.

The Honor View 20 was the first smartphone to launch in India with a 48-megapixel Sony IMX586 sensor along with a time of flight (ToF) sensor at the back. The phone was originally introduced in China as Honor V20 and later debuted internationally as Honor View 20. It also comes with display hole for selfie camera design that houses a 25-megapixel camera sensor along with an f/2.0 fixed focus lens. The smartphone is powered by Huawei's flagship-grade HiSilicon Kirin 980 SoC that is coupled with up to 8GB of RAM. Additionally, the Honor View 20 sports an Aurora Nanotexture pattern at the back that forms a V-shaped design when light reflects on the surface.

The Honor View 20 price in India starts at Rs. 37,999 for the 6GB RAM/ 128GB storage variant, while its 8GB RAM/ 256GB storage option is priced at Rs. 45,999. It is available through Amazon.in and HiHonor Store and Reliance Digital as well in Phantom Blue, Midnight Black, and Sapphire Blue colour options.

Xiaomi launched the Redmi Note 7 Pro in India earlier this month, and priced it starting at Rs. 13,999. The Redmi Note 7 Pro packs a dual camera setup on the back that includes a 48-megapixel Sony IMX586 primary sensor with f/1.79 lens and a 5-megapixel secondary depth sensor. The company has also added a number of artificial intelligence (AI) powered features in the camera app of the phone, including AI scene detection, AI Portrait 2.0, and Night mode. Additionally, there is a 13-megapixel front shooter on the phone as well as support for 4K video recording on the rear camera. It sports a waterdrop-style notch, and comes with Gorilla Glass 5 protection up front and at the back as well.

Other key specifications on the Redmi Note 7 Pro include Snapdragon 675 SoC, 6.3-inch display, and a 4,000mAh battery. As mentioned, Xiaomi has priced the Redmi Note 7 Pro starting Rs. 13,999 for the 4GB + 64GB variant, whereas the 6GB + 128GB version will be offered at Rs. 16,999. It will be available starting March 13 (12pm) and it will be sold in three colours - Neptune Blue, Nebula Red, and Space Black. The first two colour variants come with a gradient finish on the back. According to Xiaomi, the Redmi Note 7 Pro will be sold via Mi.com, Flipkart, and Mi Home stores, with select offline retailers to follow.

Vivo V15 Pro
Unlike the Honor View 20 and the Redmi Note 7 Pro that come with dual camera sensors at the back, the Vivo V15 Pro has a triple rear camera setup. However, it consists of a 48-megapixel primary Quad Pixel Samsung ISOCELL GM1 sensor (enabling 12-megapixel effective pixels) with an f/1.8 lens. There is an 8-megapixel secondary AI-powered sensor with super-wide-angle f/2.2 lens and a 5-megapixel tertiary, depth sensor with an f/2.4 lens as well. The rear camera supports features such as AI Body Shaping and AI Portrait Lighting. For selfies, there is a 32-megapixel camera sensor sitting under the pop-up camera module.

Other key highlights include an 6.39-inch full-HD+ Ultra FullView Display panel on the V15 Pro that comes with a 19.5:9 aspect ratio. The Vivo V15 Pro also has a fifth-generation in-display fingerprint sensor and a Snapdragon 675 AIE SoC. Its price in India has been set at Rs. 28,990 for the lone 6GB RAM/ 128GB storage model. The smartphone comes in Topaz Blue and Ruby Red colour options, and is sold through Amazon.in, Flipkart, Paytm Mall, and Vivo India online store as well as a list of offline retailers.

Oppo F11
The Oppo F11 was launched alongside the Oppo F11 Pro, and while it features the same camera specifications, it doesn't have a pop-up selfie mechanism. Instead, the phone sports a traditional waterdrop-style notch. Furthermore, it will be offered in double gradient colours - Fluorite Purple and Marble Green. Among other specifications, the phone features a 4,020mAh battery, 4GB of RAM, and 128GB inbuilt storage.

The Oppo F11 price in India has been set at Rs. 19,990. The company is yet to share the specifics about the availability of the phone, however it is believed to go on sale over the next few weeks.