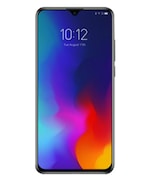 The new Lenovo K10 Note is one of the few phones under Rs. 15,000 to sport a telephoto camera, which in itself, sets it apart from the crowd. While most companies seem to be adding additional wide-angle cameras, it's nice to see Lenovo thinking a little out of the box here. Lenovo K10 Note price in India starts at Rs. 13,999 for the 4GB variant, which is what we'll be reviewing today.

The Lenovo K10 Note's biggest distinguishing feature is the presence of a telephoto camera, which we haven't seen in a while, in this price segment. The phone uses a plastic body, which feels comfortabe to hold but the glossy finish is a big fingerprint magnet. Not only that, the smudges don't wipe off easily either, making it a challenge to keep clean. It has a 6.3-inch full-HD+ display, which produces good colours. There's a dewdrop notch and a notification LED hidden in the earpiece grille.

The K10 Note is powered by a Qualcomm Snapdragon 710 SoC and comes with either 4GB or 6GB of RAM and 64GB or 128GB of storage. The phone is running on a custom Android skin, which looks like stock Android, but with a few tweaks. The skin is devoid of bloatware or spammy notifications but it's also missing a few extra features like a screenshot editor, which we've come to expect from custom skins. App and gaming performance is good and phone doesn't get too hot either. There's Dolby Atmos for the single speaker, which makes the audio quite loud.

The parimary rear camera captures decent details and colours but struggles in low light. The telephoto camera is handy as it lets you get a 2x optical zoom. Image quality is decent but focusing speed is a little slower comapred to the main camera. The camera app also lets you shoot Portrait shots with background blur, which look good. The phone's 'Night' mode helps brighten up the image, which can look good, but at night, details are still lacking. Video recording goes up to 4K resolution, but thre's no stabalisation, even at 1080p. Finally, battery life is good thanks to the 4050mAh battery, but charging it takes a while, despite having an 18W fast charger.

Lenovo​ K10 Note Review- Does It Offer Good Value For Your Money? 07:07
Choose a variant

Lenovo A6 Note
OR