The Razer Blade Stealth might be just the laptop you need to play games while traveling and get work done too. 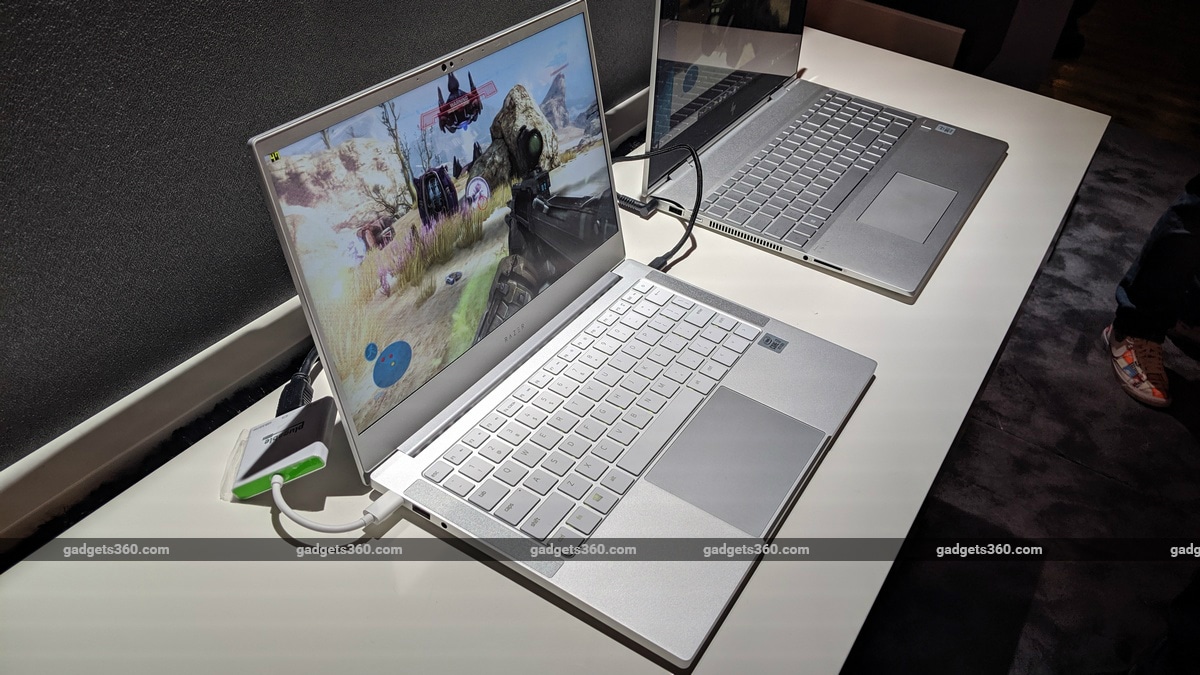 Razer has launched what it calls the world's first gaming ultrabook, the Razer Blade Stealth, at the IFA 2019 trade show. This super-compact laptop is designed to take advantage of Intel's 10th gen Ice Lake CPUs with its brand new integrated Gen11 Iris Plus GPU to enable high-quality 60fps gaming even on battery power no matter where you are. This laptop has been launched in variants with and without a discrete Nvidia GPU, which means that Razer considers the integrated GPU worthy of a gaming laptop, at least for specific situations and kinds of games. We were able to check out a live demo at IFA 2019, and here are some early thoughts.

Intel says that gamers will be able to continue to play without compromise when on the go, even in a car or on an airplane. The laptop is designed to stay cool, rather than throttling the CPU after a little while which would negatively affect performance. Intel is not holding back when it states that its competition, in the form of AMD's Ryzen 3000 series for laptops, cannot manage this. Real-world tests and reviews will show how accurate this claim is.

The Razer Blade Stealth is available with an optional Nvidia Geforce GTX 1650 GPU, but there's also a Mercury White edition which features only Intel's Core i7-1065G7 processor running at up to 25W with Iris Plus graphics, with a full-HD screen. This is the version that we saw.

Intel told us that Razer's configuration software allows users to define the TDP limit themselves, between 15W and 25W. This is a fairly unprecedented level of control given to end users, but Razer's target audience is enthusiasts and gamers who enjoy performance tweaking anyway. This option is exclusive to the CPU-only variant. The laptop's thermals have been designed to handle the full 25W TDP, so the only caveat will be potentially lower battery life. We are eager to see how the Razer UI handles this and guides users to choose the most suitable option for them.

You get a full-HD screen (or optional 4K touch-enabled screen with the variant that does have a GPU), up to 512GB of PCIe SSD storage, and 16GB of LPDDR4 RAM. There's thunderbolt 3 and wi-fi 6 as well as an RGB backlit keyboard and an IR camera to allow for Windows Hello authentication. The body is 15mm thin and weighs 1.3kg, which is not much more than many ultraportable laptops on the market today.

Another intriguing promise is that of all-day-battery life, though we assume that this does not cover time spent gaming. Razer is clearly aiming to appeal to an audience beyond core gamers; those who value style and portability, and maybe want to be able to play games now and then. There's also Wi-Fi 6 and Bluetooth 5, as well as one Thunderbolt 3 port, one USB 3.1 Gen2 (10Gbps) Type-C port, two full-sized USB 3.1 Type-A ports, and a 3.5mm audio socket.

The Razer Blade Stealth will be available for sale in the US and Europe starting at $1499.99 or EUR 1699.99 at the end of September, and will roll out to other countries in Asia later this year. Whether or not this laptop will be available in India remains unknown.