Stylish and affordable, but are there any hidden downsides? 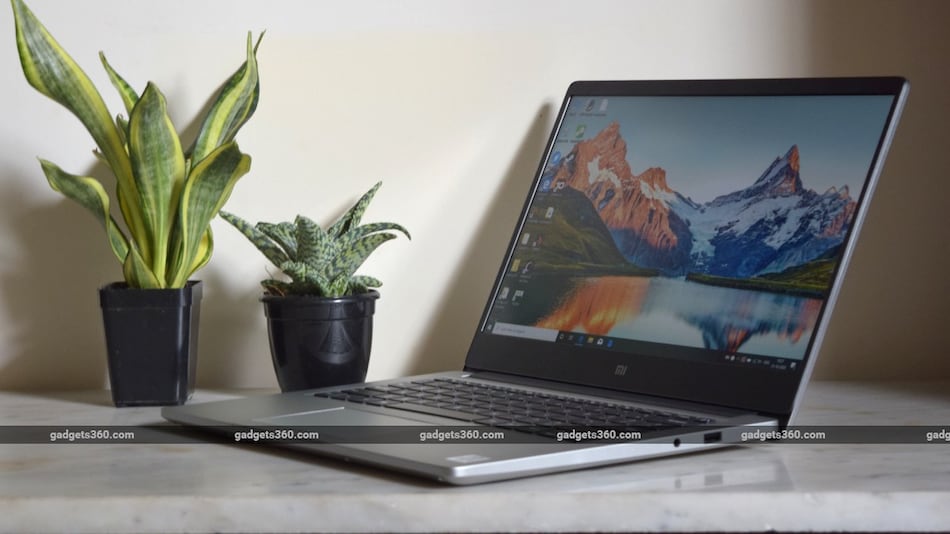 The Mi Notebook 14 is available in three variants, priced starting at Rs. 41,999

Xiaomi is one of very few new brands in the laptop space, but its huge footprint across the Indian smartphone and TV markets means that it isn't a new name. Brand recognition and trust are important when spending large amounts of money. Of course, the Chinese giant is best known for offering excellent value in the entry-level space, and it will be interesting to see how that translates to laptops. We've already reviewed the premium Mi Notebook 14 Horizon Edition model, and now it's time to take a look at how Xiaomi is catering to more budget-conscious laptop buyers.

The vanilla Mi Notebook 14 loses some of the distinctive design elements and features of its Horizon Edition counterpart, but it's still a slim and light laptop. It stakes its claim in a highly competitive segment, and will have to fend off major players such as Dell, HP, Lenovo, Acer, and Asus. Let's see what the Mi Notebook 14 has to offer.

While not quite as slick as its sibling, the Horizon Edition, the standard Mi Notebook 14 is still quite modern and attractive. It has a metal body with an anodised sandblasted exterior, and the same logo-free lid that we liked on the more expensive model. The overall look is fairly minimalist and unassuming.

There's really nothing to see on the outside other than the ports on the left and right and a small indentation to help you left the lid. Intake vents are on the bottom and hot air is exhausted through the back of the hinge.

Unlike with the Horizon Edition though, you'll have to hold the base down with one hand while raising the lid with the other. The total weight is 1.5kg and thickness is just under 18mm so this laptop should be easy enough to carry around and even commute with every day.

Flipping the lid open, you'll see a relatively thick chin below the screen and some blank space all around it. This is one of the key differentiators between the standard Mi Notebook and the Horizon Edition, which boasts of slim borders. Even though there's enough room on the top for a webcam, this model doesn't have one built-in. Xiaomi says that this was a conscious decision made during the design process, but since people are now suddenly more dependent on video conferencing for remote work and learning, an external USB webcam will be included with every Mi Notebook.

The keyboard deck is also metal, with a sunken tray for the island-style keyboard keys. The arrow keys are crammed into a single row and there's no backlighting, but there aren't any major issues with layout. In fact there are additional Fn row keys here, compared to the Horizon Edition's keyboard, so that PrtScrn and Insert don't have to be secondary functions. The wrist rest areas are generous enough, and the trackpad size and placement are quite standard.

There's only slight flex to the lid, and the screen doesn't warp when pressure is applied. The hinge opens to 140 degrees and is quite firm. Overall, Xiaomi seems to have done a good job with design – the Mi Notebook 14 doesn't feel cheap and plasticky, which gives it an advantage in its price segment.

There are three variants of the standard Mi Notebook, all of which use the same quad-core 10th Gen 'Comet Lake' Intel Core i5-10210U processor. This CPU has base and boost speeds of 1.6GHz and 4.2GHz respectively, and features integrated Intel UHD Graphics. All three versions have 8GB of DDR4-2666 RAM which is soldered and not upgradable.

Unlike the top-end Horizon Edition, there's no choice of CPU. Xiaomi has also used SATA M.2 SSDs for this model – you can swap yours out for an upgrade, but there's no blank slot for an additional one. It also isn't clear whether you can swap in a faster NVMe SSD.

The port selection is also a bit limited, compared to the Horizon Edition. Most tragically, you don't get a USB Type-C port at all. There are two USB 3.1 (Gen1) Type-A ports, one USB 2.0 port, an HDMI 1.4b video output, a 3.5mm combo audio socket, and a DC power inlet. An SD card slot would have been nice.

A non-reflective screen is usually better for work, especially under indoor lighting. Xiaomi has gone with a 14-inch full-HD panel for the Mi Notebook 14. The company makes no claims regarding colour accuracy, but does boast of 178-degree viewing angles.

The battery has a 46Wh capacity which Xiaomi says translates to 10 hours of usage. You get a fairly chunky 65W power adapter in the box, plus of course the external 720p webcam. Dual-band Wi-Fi 802.11ac and Bluetooth 5 are supported. The Mi Notebook 14 also has bottom-firing stereo speakers rated at 2W each, as well as DTS audio enhancement.

Xiaomi ships the Mi Notebook 14 with Windows 10 Home and a one-month trial of Office 365. The two in-house apps that we saw on the Mi Notebook 14 Horizon Edition also make appearances here – Mi Blaze Unlock lets you automatically sign in to Windows if you're wearing a compatible Mi Band, while Mi Smart Share is for transferring files to and from phones running the equivalent app.

The keyboard is easy to get used to, but the trackpad isn't very responsive

Initial setup went smoothly, and the Mi Notebook 14 was ready for use after following the standard Windows setup process. This laptop is convenient enough to use in various situations, even while reclining. Resuming from sleep sometimes took 10-15 seconds, but in general, usage was no trouble at all. I was able to multitask with over a dozen browser tabs open, streaming video simultaneously.

The screen isn't very vibrant and colours are somewhat muted. Xiaomi's claim about viewing angles is not overstated, but the screen's brightness will have to be pumped up fairly high. I did appreciate the anti-reflective finish. The speakers aren't very loud, and sound is unfortunately scratchy and tinny.

Typing is quite comfortable. The keys are just a little stiff, but that's easy enough to get used to. On the other hand, the trackpad wasn't always as smooth or responsive as I'd have liked, and the click action is a bit sticky.

Coming to benchmark tests, it's easy to see the strengths and weaknesses of the Mi Notebook 14. SSD speed is limited by the SATA interface, and so the CrystalDiskMark test showed sequential reads and writes capped at 500.6MBps and 383.3MBps respectively, with random reads and writes coming in at 300.2MBps and 269MBps. In real-world task tests, the Mi Notebook 14 took 7 minutes, 6 seconds to compress a 3.24GB folder of assorted files using 7zip, and 1 minute, 34 seconds to transcode a 1.3GB AVI file to H.265.

PCMark 10 posted scores of 3,542 and 3,371 in its standard and Extended runs, respectively. Cinebench R20 achieved 361 and 1,604 points in its single- and multi-core tests. POVRay finished its benchmark run in 2 minutes, 52 seconds.

As for graphics performance, the Nvidia GeForce MX250 GPU is definitely not meant for serious gaming or anything beyond entry-level performance. 3DMark's Time Spy and Time Spy Extreme scores were 1,217 and 171 respectively, while the Night Raid test and Fire Strike Extreme managed 12,327 and 1,661 respectively.

Shadow of the Tomb Raider barely managed to cough up 23fps while running at its Lowest quality preset at 1920x1080. Taking the resolution down to 1280x720 and disabling AA entirely resulted in a jittery but playable 41fps average.

This means the Mi Notebook 14 is capable of running older and less demanding games. However, it did get rather hot, and unfortunately the area around the WASD keys, along with the left wrist rest, did become uncomfortable after just a few minutes of gaming. The right side of the keyboard stayed cool but I could feel air being sucked in from between the keys by the cooling fan. Speaking of the fan, it did become audible while gaming, but not to a distracting degree.

Xiaomi promises 10 hours of battery life but doesn't say under what conditions. I found that with casual use, which involved streaming a movie and multitasking mostly within a Web browser, I got a maximum of eight hours, but usually more like six hours per full charge. The intense Battery Eater Pro test lasted 1 hour, 23 minutes which is lower than average. Thankfully, this laptop does charge quickly – I went from zero to 55 percent in 30 minutes with the laptop turned off.

Xiaomi has done a good job overall, and the Mi Notebook 14 is suitable for everyday performance. You shouldn't expect to be able to play modern games, and movies won't look or sound their best, but general productivity should be fine. Students and office workers, as well as home users with reasonable expectations will be happy with this laptop.

Construction quality is good, and I do like the minimalist look with the logo-free lid. Not a lot of people are commuting these days, but if or when you do need to move around, you'll appreciate what Xiaomi is offering.

The base variant doesn't make much sense since you can double your SSD capacity for just a few thousand Rupees more. The top-end one, which I have reviewed here, is of debatable value as well since the GeForce MX250 GPU is of limited use in such a machine. However, the mid-tier option seems to hit a sweet spot and is quite competitive, considering it is priced under Rs. 45,000.

I would definitely have liked at least one USB Type-C port, an SD card slot, a faster NVMe SSD, and a backlit keyboard, but I think the package is reasonably well balanced overall. The Horizon Edition (Core i7 variant) is of course faster and sleeker, but it's more expensive by around 33 percent, which makes the standard Mi Notebook 14 well worth considering.