HP Omen X 2S has already begun shipping and was introduced in India in late June. 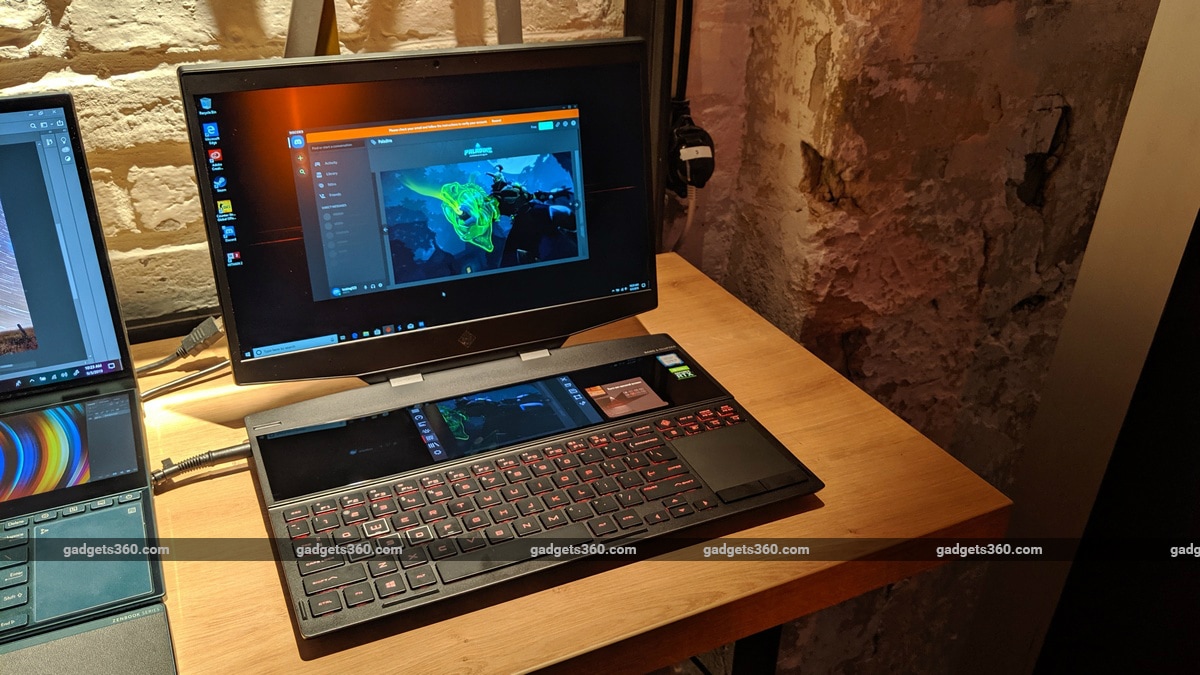 Intel showed off a number of dual-screen laptop concepts at Computex earlier this year, including a wild dual-hinged power-user model and a smaller one aimed more towards content consumption. We also learned that Intel has had some input in the development of the Asus ZenBook Pro Duo series, and the HP Omen X 2S which were also announced at around the same time. We got a chance to check out these devices in person at Intel's pre-IFA 2019 Open House event in Berlin. Designed specifically around the needs of gamers, HP's design caught our attention.

HP's Omen X 2S has already begun shipping and was introduced in India in late June. This device features a small secondary display above its keyboard and is billed as the world's first dual-screen gaming laptop. The additional display helps gamers multitask, keeping an eye on system-level information such as temperatures without needing to interrupt a match. You could even use it to manage a live stream or keep an eye on a website without interrupting your game. HP says many gamers keep tutorials or minimaps open, or like to interact with people while live-streaming, for which they would usually need a second monitor or even a whole separate PC.

The extra screen is a 6-inch 1080p touch-enabled panel. HP has reworked its Omen Command Centre app to take advantage of it, and lets users choose between different thermal profiles as well as manage RGB lighting effects directly from the touchscreen. Twitch, Spotify, and Discord can also run on it while you are gaming.

The rest of the laptop is pretty standard gamer fare, with aggressive styling and an angled design that places the hinge in the centre of the back and seems to raise the screen. The backlit Omen logo on the lid and dark metal finish also give this laptop a distinct, premium look.

The trackpad has been moved to the right of the keyboard in order to accommodate the additional screen above the keyboard. This might be an issue for left-handed users, and will also take some getting used to. You might need the external wrist, since the keyboard is right at the front edge of the body. In our brief time using this laptop, both the keyboard and trackpad felt comfortable enough for casual usage.

The second screen is flanked by glossy plastic which we felt clashed with the overall look a little, and it only reminded us that there's a lot of blank space where a much larger second screen could have been accommodated, like on the Asus ZenBook Pro Duo. There are plenty of ports on the left and right, including one Thunderbolt 3 port, a collapsible Ethernet port, and a full-sized HDMI video output.

Disclosure: Flights and hotels for correspondent's visit to IFA 2019 were sponsored by Intel.