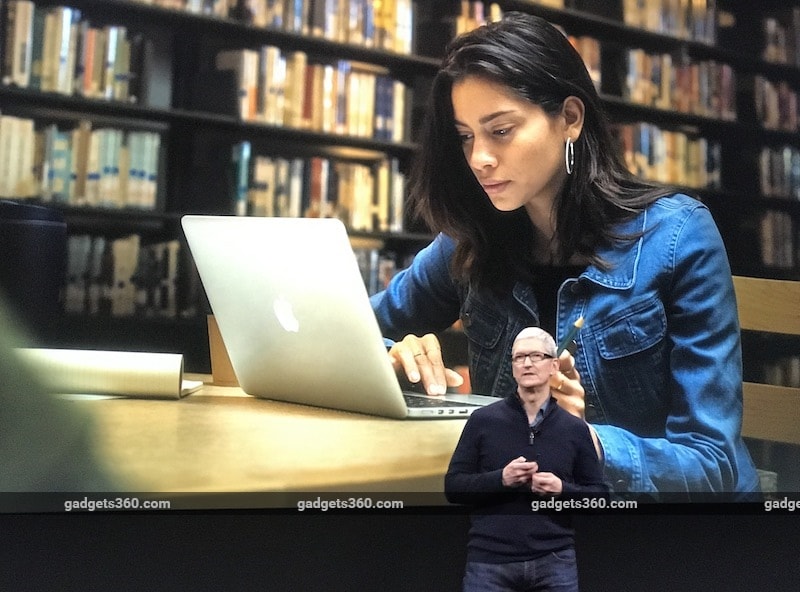 Apple is famously one of the most secretive companies in the world, but major hardware launches in recent years have been ruined by leaks that revealed pretty much everything there was to know about the products well before Tim Cook got up on stage. As a result, many Apple events in recent years have felt 'flat' - at least to those who follow the preceding leaks as a profession - robbing them of the big 'wow' moments you typically associate with new products emerging from Cupertino.

But Thursday's MacBook Pro launch was different. Coming into the event, the entire world knew that Apple would unveil a new laptop with a touchscreen display instead of function keys, yet when we got our first glimpse of the Touch Bar in action, the excitement among those gathered at the Town Hall at Apple's campus in Cupertino was palpable. It was the excitement of seeing a fresh take on a device that many of us still spend most of our working - read waking, in the case of this writer - hours using.

Yes, the Touch Bar isn't exactly a new idea - Lenovo and others have experimented with similar ideas in the past, and failed. Like most of Apple's products, it's about getting the details right. Based on the demos that we saw and the little time that we spent with the new MacBook Pro 2016 at the hands-on area after the launch, Apple seems to have done just that.

The Touch Bar works exactly as you saw during the presentation - it is a touchscreen display that sits on top of your keyboard replacing the function keys, and parts of it light up and become different keys or suggestions depending upon the context of what you’re doing. So, for example, if you are at the Desktop, the Touch Bar will look just like the function keys on your current Mac, complete with the escape key; brightness, volume, and music playback controls; and the like. But the real magic happens within applications.

Apple has opened up APIs that developers can turn the Touch Bar into whatever they think their users will find useful. So, for example, Microsoft Excel can shows controls that let you quickly change the background colour of a cell or add a chart when a bunch of cells are selected. Apple itself has added a lot of functionality, offering iPhone-like suggestions on the Touch Bar when you are typing in a document or email, and even letting you quickly pick an emoji when words can't express what you are feeling.

As you would expect, Apple spent the bulk of its event on Thursday talking about the new Touch Bar, and while we did see charts comparing the performance of the MacBook Pro 2016 to its predecessor pretty early on, it wasn’t until the last 10 minutes of the presentation that actual specifications were discussed. That’s partially down to the fact that Apple is using a standard Intel-based platform with components that are also accessible to its competitors, unlike iOS devices where Apple’s own chips provide a competitive advantage. The MacBook Pro 2016 continues the trend of Apple laptops - such as the original MacBook Air and the 12-inch MacBook - where it’s not about the specifications, but something that Apple deeply cherishes - the overall experience, which the Touch Bar obviously aims to greatly enhance.

Unlike the original MacBook Air and the 12-inch MacBook which, at launch, were criticised by many for their underwhelming specifications, the new MacBooks justify their ‘Pro’ moniker when you consider the hardware you get - Core i5 chips with 8GB of RAM standard on 13-inch models, with Core i7s with 16GB of RAM on the 15-inch; faster SSD storage starting at 256GB; Radeon Pro graphics on the 15-inch models; and more.

We’ve seen PC manufacturers launch various kinds of hybrids and touch-screen laptops in attempts to combine the power of keyboards with the convenience of touch-screen input. While reaching out and touching the screen to quickly get something done is handy, doing this for an extended period of time is uncomfortable and impractical. Most such devices end up getting used most as regular laptops, and touch input is used only when the screen is undocked from the keyboard, if that’s even possible.

The clamour for Apple to release a touchscreen MacBook has been growing for a while, but it has always been clear that Apple was never going to implement a clunky solution that mirrored the PC world. Apple managed to resist the pressure for years, waiting until it felt it was ready with a solution that works well, and that solution is the Touch Bar.

While our initial impressions of Touch Bar are really positive, it’s only after we spend time with it in the real world that will we know if this is a real productivity enhancer, or just a glorified replacement for the function keys. Apple might still one day release a MacBook with a full touchscreen, if it believes it has found solutions to existing problems, but until then the MacBook Pro 2016 is the touchscreen Apple laptop you’ve always wanted.

Disclosure: Apple sponsored the correspondent’s flights and hotel for the launch event in Cupertino.