Google Andromeda Would Be an Admission That Chrome OS Has Failed 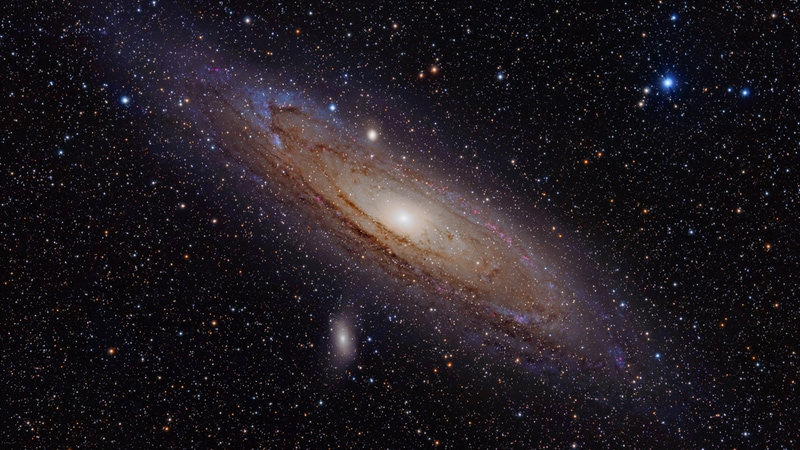 Just days away from Google’s upcoming event, juicy tidbits from the rumour mill have resurrected news from last year that Android and Chrome OS are merging. And like The Wall Street Journal’s prediction, project ‘Andromeda’ will be ready for primetime by Q3 2017, with a preview shown this year, presumably on October 4. In fact, reports of Android and Chrome OS merging can be traced all the way back to 2009, with co-founder Sergey Brin suggesting the two operating systems will “converge over time”. On October 4 if Google announces the seemingly inevitable, it will mean two things:

1. The world will finally get a worthy competitor to challenge the Windows/ Mac OS duopoly.
2. It will be an admission of the failure of Chrome OS.

Chrome OS started as an ambitious project, which assumed that one doesn’t need anything more than a Web browser on a computer. It was designed to provide seamless updates, built-in prevention from viruses, and extreme ease-of-use.

Today, five years after trying to chase the dream of a browser-only computer, doing everything on the Web is no longer as scary as it was when the first Chromebooks came out, thanks to ubiquitous, fast Internet, and mature Web-based services. So it is somewhat ironic that Chrome OS, piece-by-piece, showed signs of defeat in these past five years, suggesting that we possibly can’t ever have cloud-only computers.

It all started with introduction of a file manager and an offline music player right after Chrome OS’s commercial release in 2011. A desktop, window manager, and conventional taskbar were added a year later. The complicated “Cloud Printing” system is also apparently being remedied by an experimental feature that enables traditional USB printing. Google also started winding down the concept of Chrome apps on platforms other than Chrome OS.

But the big blow to the Chrome OS ideology came during Google I/O in 2014, when Chrome OS was shown running some Android apps for the first time. In this year’s Google I/O, this feature was cemented with the ability to install any Android app on selected Chromebooks, thanks to a different approach.

It has been suggested that the Andromeda project is more about bringing Chrome OS features to Android, rather than the other way around. Hiroshi Lockheimer, SVP of Android and Chrome OS blogged about how “there’s no plan to phase out Chrome OS”. But that leads us to ask, why the need for two computer operating systems? And what will be the difference between the two anyway?

One could argue that Chrome OS computers can continue to be the inexpensive, easy-to-maintain devices that are constantly said to have high adoption in schools in the US - a 2015 report suggests half of them are Chromebooks - though that’s a small piece of the total PC market. And since none of the expensive Chromebooks (like Google’s Chromebook Pixel) ever hit commercial success, it might be a good idea to create distinction between these two segments - with Andromeda taking on high-end computing that’s currently dominated by Windows and Macintosh computers.

But if you ask us, the writing's on the wall for Chrome OS. Had Google not tried to force-feed its vision of the web-browser-only world onto us for the last five years, the PC industry would have been a three-horse race instead of Chrome OS amounting to just 0.35 percent of all computers in this world.

You may say ‘better late than never’, but Q3 2017 is a painfully long wait for this rumoured Andromeda device, as Apple with every passing year makes their iOS/ mac OS integration even tighter. With the search giant sending out the message strong and clear that its Pixel phones are going to be #MadeByGoogle, and the hire of Rick Osterloh to head its hardware division, we may finally see the day when Google can provide similar consistency with their computing products as Apple does. We sincerely hope so: the PC industry is in desperate need of a shakeup.

Wal-Mart Said to Be in Talks to Invest Up to $1 Billion in Flipkart
Samsung Recovers 60 Percent of Recalled Galaxy Note 7 Units From South Korea, US, Europe