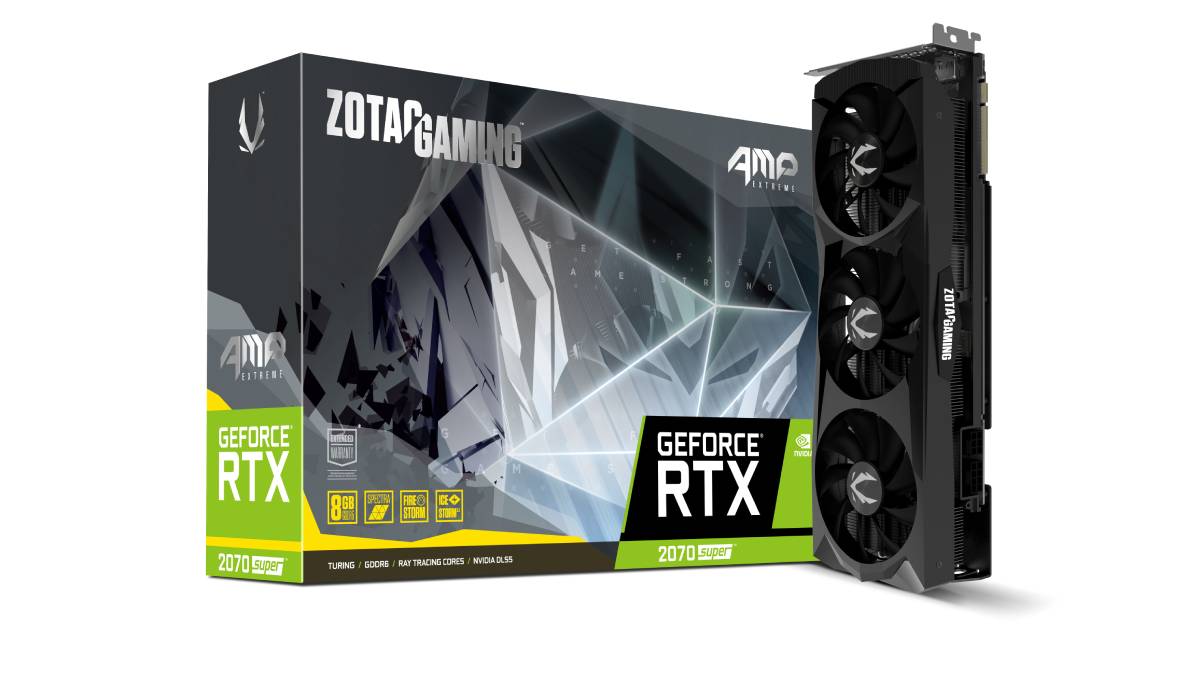 Hot on the heels of Nvidia's launch of its GeForce RTX Super series GPUs and its own graphics cards based on them yesterday, the company's partner brands have begun announcing their own versions with custom coolers and factory overclocking in some cases. Listings for new graphics cards based on the GeForce RTX 2060 Super and GeForce RTX 2070 Super have begun to appear online, and companies have shown off their products ahead of the expected July 9 sale date. Zotac, Asus and Gigabyte have announced multiple models each, and we can expect to see more in the coming days from Inno3D, Galax, MSI, and others.

Starting with Zotac, the company has announced three new models each based on the two GPUs. The entry-level Zotac GeForce RTX 2060 Super Mini is designed to be compact and will fit into nearly all common PC cabinets and features two fans, a metal backplate, and always-on white LED accents. It is priced at Rs. 35,590 in India.

Gigabyte has announced its own graphics cards in the Gaming, Aorus, and Windforce series. The Aorus GeForce RTX 2080 Super 8G, Aorus GeForce RTX 2070 Super 8G and Aorus GeForce RTX 2060 Super 8G all have triple-fan coolers with RGB LED rings, and are factory overclocked. They also boast of seven display outputs each - three HDMI ports, three DisplayPorts, and one VirtualLink Type-C port. Details of the other models and prices in India have not yet been revealed.