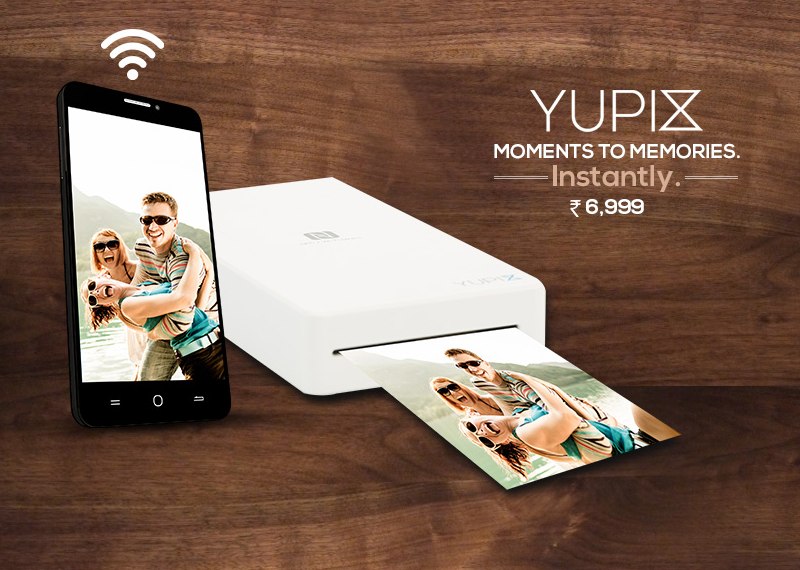 Micromax's Yu Televentures, after launching few smartphones and a fitness band under its 'Yu' brand, over the weekend launched a portable printer, the YuPix. The portable compact printer will be available to purchase from Amazon India starting Monday at Rs. 6,999.

The YuPix pocket sized printer, as per the firm, can print an image under 60 seconds and has an image transfer speed 10 times faster due to the inbuilt Wi-Fi and NFC connectivity. Compatible with both Android and iOS devices, the printer is said to feature a 'unique' cartridge which does not require a cleaning roll and has an integrated ink ribbon and photo paper. It can print up to 10 continuous copies. The device is also claimed to be water and fingerprint resistant.

The compact printer can print photos in 2.1x3.4-inch size with a printing resolution of 291 dpi. The device is said to use Dye Sublimation technology to print photos. Measuring 2.99x6.01x0.94 inch, the YuPix weighs 273 grams and is backed by a 750mAh battery. Android users can also download the YuPix app from Google Play to wirelessly sync their devices with the printer.

Although it is good to see the smartphone maker entering new markets other than smartphones and fitness bands, there are chances that YuPix might fail to gain some traction and see less demand as in this modern times most of the work is done using soft copies and documents. Also, a print out of 2.1x3.4 inch might hardly be used somewhere.