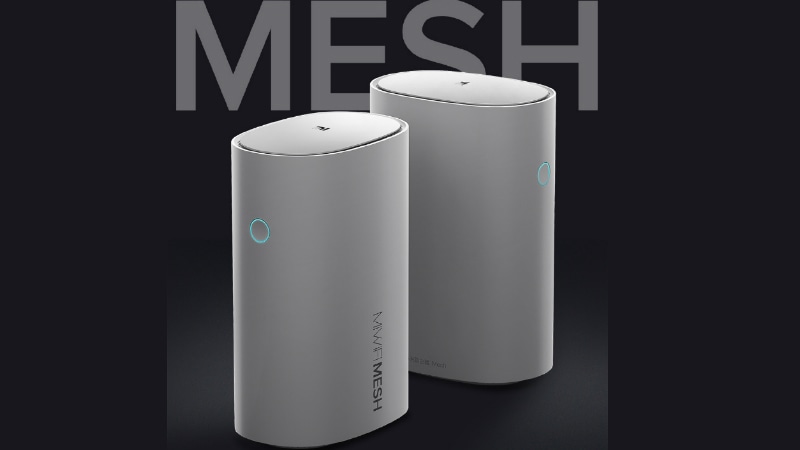 Xiaomi has announced its first mesh router in China, called MiWiFi. It allows for creating a mesh network of wireline, wireless, or gigabit Ethernet networks. The router comes with four amplifiers, allows wireline and wireless networking, and is able to create a basic mesh network with speeds up to 2,567Mbps. The Xiaomi MiWiFi mesh router is still not available for commercial use and will go through a round of beta testing before it is launched. Therefore, a price tag has also not been attached to the product.

The Xiaomi MiWiFi mesh router is cylindrical in shape, and has a power button on the side that comes with an LED ring around it. It's been announced in a White colour option, and has four amplifiers. There are two independent signal amplifiers at 2.4GHz and 5GHz, a power amplifier enhancing the signal transmission power and a low noise amplifier to improve signal reception sensitivity. It also supports three gigabit Ethernet ports on board to connect to the Internet provider's set top box. After one port is connected, the other two automatically work as LAN ports.

Users can configure the Xiaomi MiWiFi mesh router using the adjacent app on their phone. Xiaomi claims that signal transmission range is good and can penetrate through walls as well.