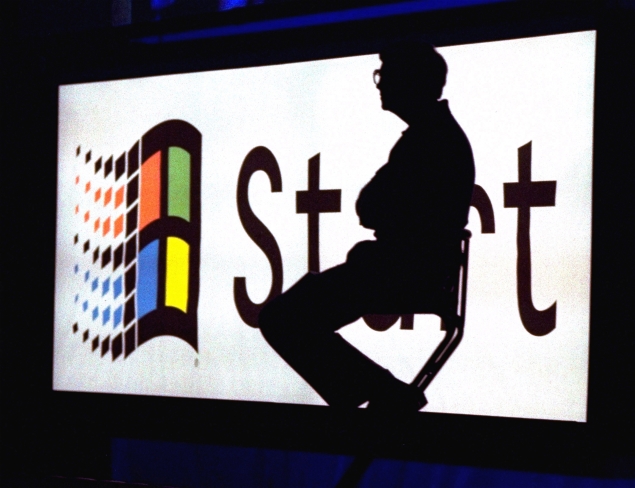 The launch of Windows 8 a year ago was heralded as the biggest change to the industry's dominant operating system in at least 17 years. It attempts to bridge the gap between personal computers and fast-growing tablets with its touch-enabled interface. But consumer reaction has been lackluster. An update addressing some of the feedback is due out on Thursday.

Oct. 25, 2012: Microsoft holds a launch event in New York for Windows 8, a major overhaul of its ubiquitous computer operating system. Not much new is revealed, as many of the details had been announced before, and the software had been available for testing.

Nov. 12
In a management shake-up, Microsoft says Steven Sinofsky, the president of its Windows and Windows Live operations, is leaving the company. The company does not give a reason. Company veteran Julie Larson-Green is promoted to lead all Windows software and hardware engineering. Tami Reller takes over responsibility for the Windows business.

Nov. 28
Microsoft says about 40 million licenses to Windows 8 were sold in its first month on the market, though that number includes licenses bought by PC manufacturers for machines built but not yet sold. Microsoft didn't provide further details beyond saying that Windows 8 is being embraced by a list of companies that include Johnson & Johnson, British Telecom and Bank of America Corp.

Nov. 29
NPD Group says sales of personal computers in the U.S. didn't get any boost from the launch of Windows 8. There's no sign that Windows 8 made things worse for PC makers. Rather, NPD says the weak sales are a continuation of a trend seen throughout this year.

Jan. 29
Microsoft begins selling Office 2013, its first overhaul of the popular software suite in three years. This time, it is pushing sales through $100-a-year subscriptions, although it continues to offer the product as a single purchase. Despite Microsoft's efforts to get consumers to embrace a tablet-style interface in Windows 8, most of Office 2013 requires the older, desktop mode.

April 10
Reports from research firms IDC and Gartner document double-digit sales decreases in PCs during the first three months of the year - the worst drop ever in the PC industry. IDC says Windows 8 seems to have hurt rather than helped PC sales.

May 7
Microsoft says it will retool Windows 8 to address complaints and confusion, though it offers few details. Microsoft also discloses that it has sold more than 100 million Windows 8 licenses.

May 14
Microsoft says its Windows update, previously codenamed Blue, will be called 8.1 and will be free to Windows 8 users.

May 30
Microsoft details some of the changes. Users will be able to set their machines to start automatically in the older, desktop mode. A Start button is restored in look, though clicking on it will lead to Window 8's full-screen startup page rather than the Start menu found in older Windows.

June 26
Microsoft releases a preview version on Windows 8.1 as it kicks off Build, a three-day conference in San Francisco for partners and other developers. Microsoft CEO Steve Ballmer acknowledges that the company pushed hard to get people to embrace a radical change. Microsoft is now back-pedaling, making it easier to reach and use the older desktop interface.

July 10
Gartner and IDC say that worldwide shipments of personal computers fell 11 percent in the April-June period, continuing a decline.

July 18
Microsoft books a $900 million inventory write-down after it slashes the price of its Surface RT tablet following lackluster sales. The company's revenue and earnings come short of Wall Street forecasts in the April-June quarter.

Aug. 23
Microsoft says Ballmer will retire in the next 12 months after 33 years with the company.

Oct. 9
IDC and Gartner say that worldwide shipments of personal computers fell in the third quarter of the year, the sixth straight quarter of decline.

Friday
Devices with 8.1 already installed to go on sale.