Windows 11 teaser also gives us a glimpse of the wallpaper design that recently appeared in a leaked release. 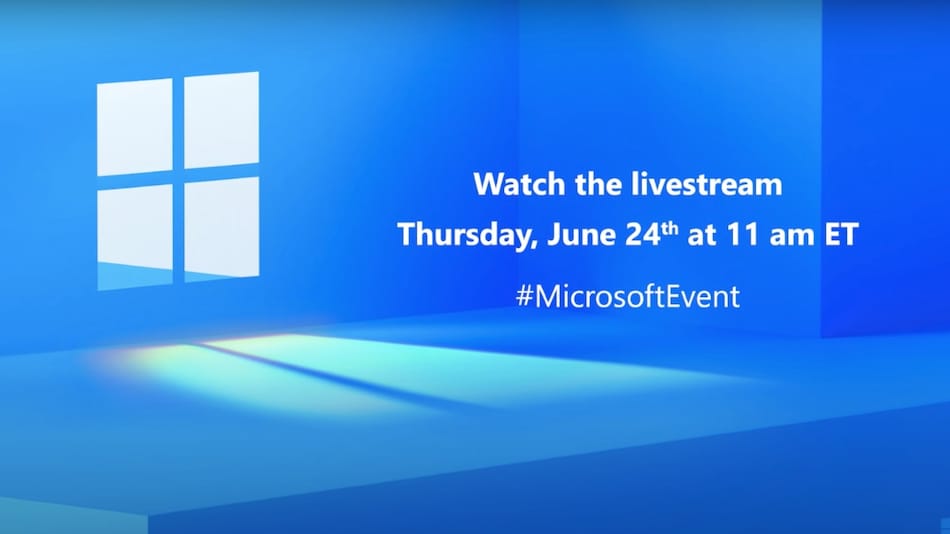 Windows 11 launch event is still a few hours away. But ahead of the formal announcement, Microsoft has released a fresh teaser that hints at a new touch experience that would be a part of the next-generation Windows release. Microsoft has not yet confirmed the title of its new Windows operating system. However, the company's teasers and the official invite for today's event — alongside the fact that Windows 10 was the last iteration — suggested that the new Windows version could definitely be called Windows 11.

Microsoft's Windows account on Twitter has posted the teaser for Windows 11. It carries a 10-second video that suggests the new touch experience as well as some new sound effects on the new Windows version. The teaser video also gives us a glimpse of the same wallpaper design that appeared in a leaked Windows 11 release last week.

The leaked release suggested an all-new interface on Windows 11, along with redesigned Start menu and refreshed icons. Some of the screenshots shared from the leaked Windows 11 release also indicated a new system-wide dark mode and a list of new preloaded wallpapers.

At the Build 2021 keynote last month, Microsoft CEO and Chairman Satya Nadella teased the next-generation Windows update and called it the most significant in a decade. The Redmond company also recently teased the startup sound of the new operating system.

The new Windows update is expected to have a plethora of updates for touchscreen devices and some specific underlying changes to better support hardware based on ARM architecture. Further, gamers are also likely to be served with some new Xbox integrations.

Windows 11 launch is taking place virtually through a livestream. It will begin at 11am ET (8:30pm IST) today.