Microsoft is aiming to give a tough fight to Apple’s macOS by bringing Android app support to Windows 11. 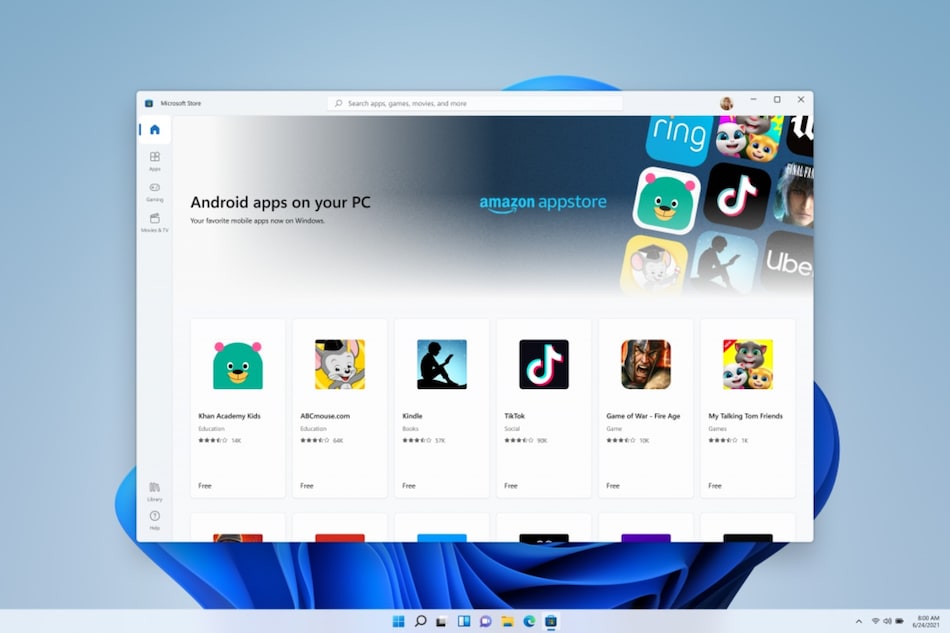 In addition to offering Amazon Appstore within Microsoft Store for downloading Android apps, Microsoft has partnered with Intel to use the Intel Bridge technology for offering mobile app support on Windows PCs. This will allow users to natively run Android apps on their Windows 11 machines, even when they aren't a part of the Appstore.

The post-compiler technology will notably not be limited to devices based on Intel processors but also work with ARM and AMD machines, as reported by The Verge.

“Intel Bridge Technology is a runtime post-compiler that enables applications to run natively on x86-based devices, including running those applications on Windows,” Intel said in a press statement confirming extensive support for running Android apps on Windows devices.

It is currently unclear whether the new experience will be available for running all Android apps or limited to some. Microsoft has also not provided any clarity on whether users would be able to install Android apps directly from their APK files or require some additional efforts.

But nonetheless, the latest moves by Microsoft have made it clear that the Windows maker is aiming to take on Apple that recently introduced iOS app support on macOS.

Microsoft previously also showed its interest in enabling a bridge between Android users and Windows machines by launching the Your Phone app. It also offered an even better integration with Samsung's Galaxy devices.