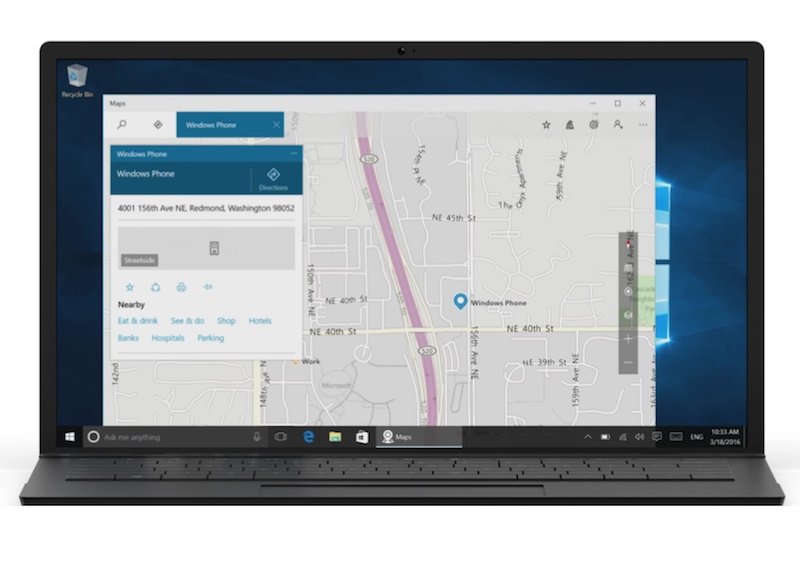 Microsoft took everyone by surprise last week when it announced that it is bringing Linux's command line Bash to Windows. If you're a Windows Insider, you can already begin using this feature. Microsoft has released a new preview of Windows 10, build 14316, for Insiders on Fast Ring, with a range of features including cross-device Cortana, and a new Universal Skype app.

Chief among the new features is support for Bash. Users on the latest build can enable this feature by turning on Developer Mode (which you can find via Settings > Update & security > For developers). Once done, you need to search for "Windows Features" and choose "Turn Windows features on or off" and enable Windows Subsystem for Linux (Beta). After this, to install Bash, open Command Prompt and type "bash" (without quotes).

Other features in Windows 10 build 14316 include low battery notifications, and cross-device Cortana sync. With the new update, Cortana will be able to work across different platforms in a much more efficient way. For instance, Microsoft says users can now utilise Cortana to find and make your phone ring. Using Cortana, users can also share map directions across devices. All one is required to do is tell Cortana "directions to" on your PC. These features will also work if you have Cortana installed on your Android smartphone or tablet.

The build also brings with it Skype Universal Windows Platform Preview app. The Skype UWP Preview app comes with several of Skype's basic functionalities. Along with it, Microsoft is also bringing some improvements to Action Center, allowing users to manage the notification settings for individual apps. There are two new Edge extensions too - Pin It Button and OneNote Clipper, and the existing extensions have received an update.