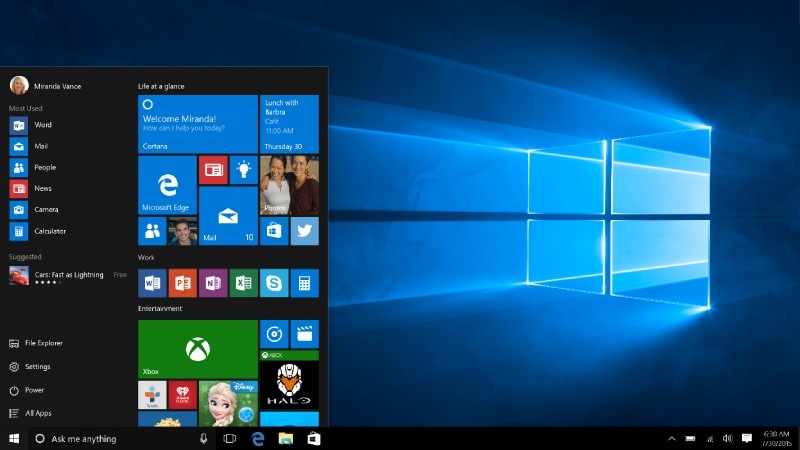 This new interface redesign will release with Windows 10 Cobalt update

Microsoft is reportedly working on a major interface overhaul with the 2021 Windows 10 update. The update will bring fresh design elements for the File Explorer, Start Menu, and even Action Center. This major update is reportedly codenamed ‘Sun Valley' and it will ship with a huge UI overhaul. The rollout of this new interface will be a part of the Windows 10 ‘Cobalt' release. This upcoming Windows 10 update is expected to ship sometime in the holiday season of 2021.

Windows Central cites sources in the company saying that Microsoft is looking to bring a complete UI overhaul with a Windows 10 update in 2021. This significant design upgrade will see changes in heavily used elements like Start Menu, Action Center, and File Explorer. These elements will be transformed to feature better animations, modern designs, and even have new features.

Microsoft has reportedly codenamed this design overhaul project as ‘Sun Valley' and it is expected to ship with the Windows 10 ‘Cobalt' release in the holiday season on 2021. The internal documentation obtained by the publication describes the project as "reinvigorating and modernizing the Windows desktop experience to keep up with customer expectation in a world driven by other modern and lightweight platforms.”

The last design overhaul released by Microsoft was when the first Windows 10 update was released five years ago. Since then, the company has been releasing few tweaks, but a complete rethink hasn't been done. This UI overhaul is reported to be handled by Windows Devices and Experiences team, led by Chief Product Officer Panos Panay.

Microsoft recently released a Windows 10 catalog update that removed Adobe Flash Player from the system. This update removes the dated flash player in advance, before the official end of support on December 31. The Redmond giant notes that once this update is installed, it cannot be uninstalled.