Microsoft is reportedly redesigning icons from the Windows 95 era to remove outdated designs like floppy disks. 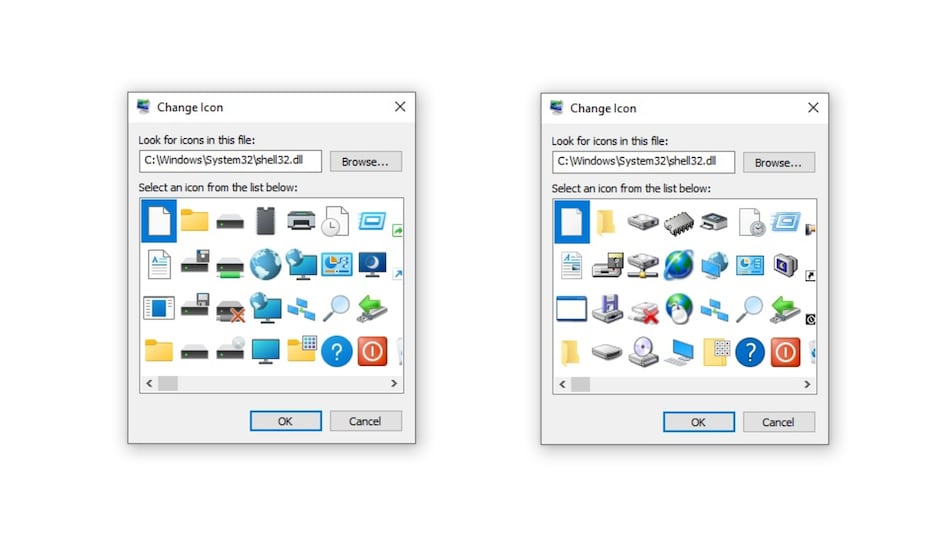 Microsoft is working on a major visual overhaul to Windows 10 as a part of Project Sun Valley, and this is expected to launch in Holiday Season 2021, which typically means the last few months of the year. Among other things, this reportedly includes finally breaking away from icon designs that have been around since Windows 95, according to users who have access to some of these features via the latest preview builds that are now being tested.

WindowsLatest reports that Microsoft is completely redesigning icons from the Windows 95 era, and the new icons that will come are more in line with the visual language of Microsoft 365 and Microsoft Launcher. This change was spotted in the latest preview build of Windows 10, wherein a new set of modern icons were spotted for folders/ options/ buttons inside the Shell32.DLL main shell module.

Some of the icons that will be changing include hibernation mode, globe, networking, and floppy disks. The newer options are expected to be more colourful, modern, and presumably fall in line with the visual redesign planned for the fall update.

There are still several old icons that remain unchanged, for instance, the preview build still has an old tree icon for WinDirStat. Microsoft will likely change this in the near future alongside other icons throughout the OS, before the Sun Valley update is ready for shipping.

Microsoft's Windows 10 ‘Sun Valley' UI overhaul is reported to bring fresh design elements for the File Explorer, Start Menu, and even Action Center. These elements will be transformed to feature better animations, modern designs, and even have new features. This upcoming Windows 10 update is expected to ship sometime in the holiday season of 2021. The last design overhaul released by Microsoft was when the first Windows 10 update was released five years ago. Since then, the company has been releasing few tweaks, but a complete rethink hasn't been done.

Net Neutrality: US Broadband Industry Accused in 'Fake' Comments on Rules
Telenor’s Future in Myanmar Put on the Line Due to Military Coup