The release was rolled out to Windows Insiders using 32-bit machines. 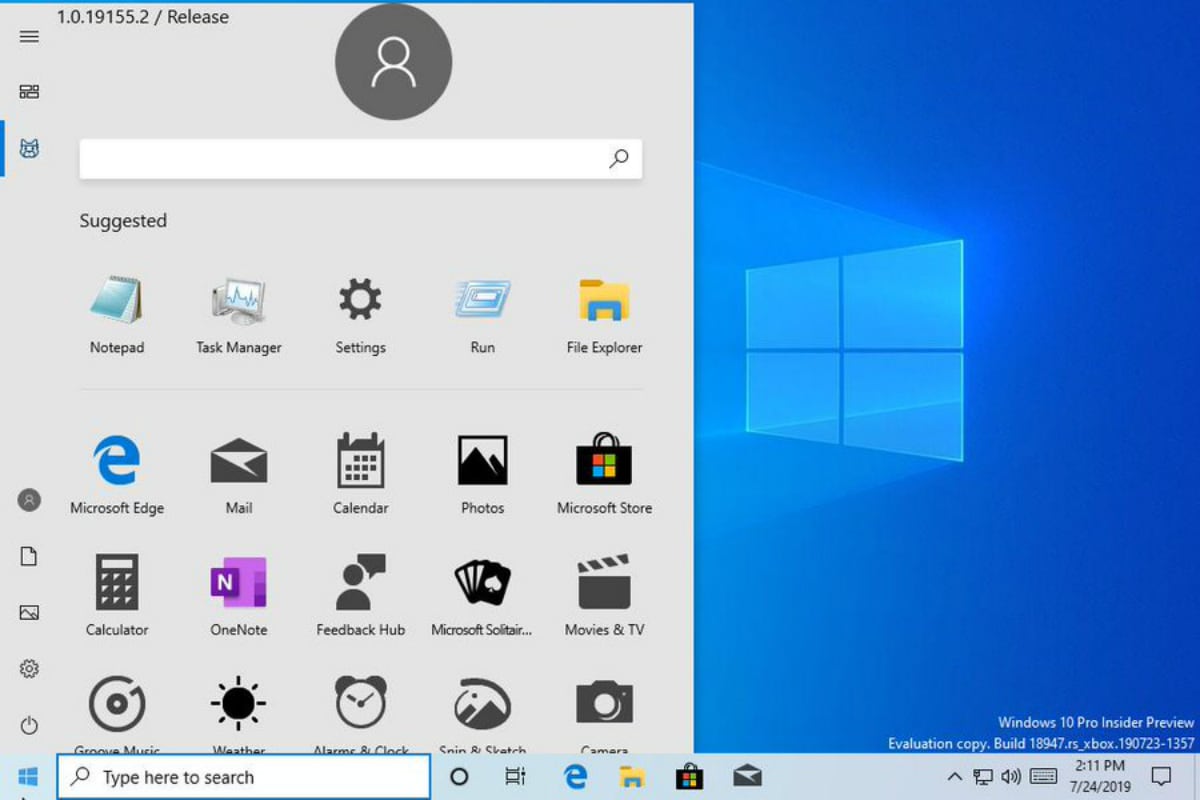 Microsoft on Wednesday accidentally released an internal-only Windows 10 version to beta testers. The unannounced build was spotted with a new Start menu design and included an all-new GIF search tool. Distributed as Windows 10 build 18947, the operating system was rolled out to Windows Insiders in the Slow and Release Preview rings. The Redmond giant in a forum post acknowledged the accidental rollout of the internal-only Windows 10 version and provided a step-by-step guide to revert systems to the previous state.

"We actively test and validate each of our preview builds internally before sharing them externally, however, a configuration change allowed this build to release to multiple rings simultaneously, including external rings. We have made the necessary remediation in our Flighting service and have implemented additional changes to help prevent from this happening in the future," the company said in its forum post.

As spotted by Twitter user NTAuthority, the Windows 10 build 18947 was seeded to Windows Insider testers using 32-bit machines. The internal build included the new Start menu design that seems to be in an early testing stage and lacks Microsoft's iconic Live Tiles. The Start menu, as per the screenshot shared on Twitter, looks similar to what was spotted on an early Windows Lite build back in March.

The Twitter user also mentioned that the internal Windows 10 build included a GIF search tool within the emoji picker section. Further, there was a centre-aligned Start menu in the tablet mode with a transparent background.

Microsoft pulled the build soon after it was reported on social media sources. The forum post detailing the flaw also provides the details to rollback.

Affected users who have installed the Windows 10 build 18947 on their systems have been provided with 10 days to complete the rollback process. The installation of the build can be verified through the WINVER application.

If the build 18947 is yet to be installed on your system, you can select the Pause updates for 7 days option in the Windows Update settings. For rolling back to the previous build, in case if you've already installed the internal build, you can select the Recovery option by going to Settings > Update & Security and then hit the Get Started button by selecting the Go back to the previous versions of Windows 10 link.