Microsoft revealed the possible changes during a Windows Insider podcast. 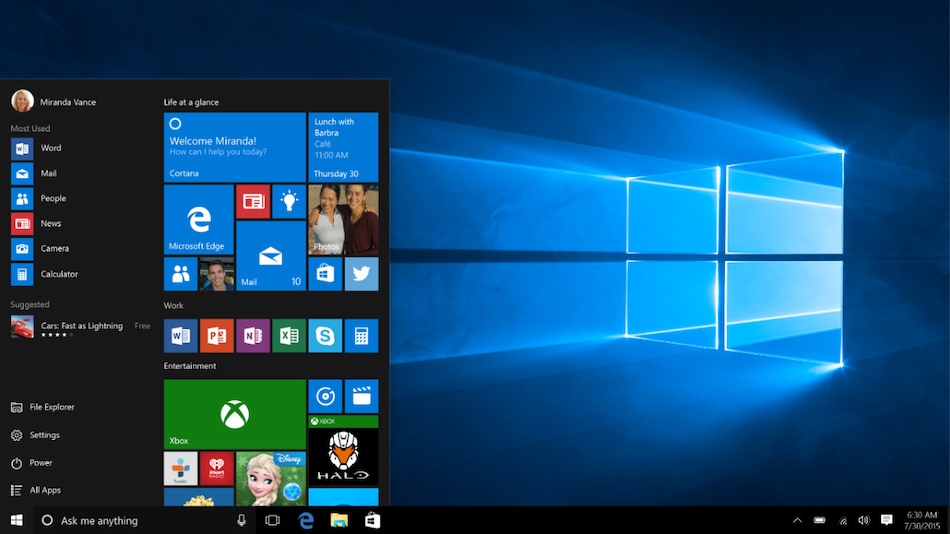 Live Tiles was first introduced in Windows 10 in 2015

Microsoft has teased that the company is experimenting with a new Start Menu design for Windows 10 that will see the company de-emphasise its current Live Tiles interface. The possible changes were revealed during a Windows Insider podcast on March 3 and these changes are designed to make the interface look more presentable by decreasing the number of coloured blocks, and in the process making it much easier to scan the apps. To recall, Microsoft has been using the Live Tiles interface ever since the company first introduced Windows 10 in 2015.

According to the report by The Verge, the Live Tiles Interface found on Windows 10 Start Menu might soon get replaced by something new that will include less coloured blocks in the interface. This does not mean that the company will be doing away with Live Tiles for the whole OS. Brandon LeBlanc, Senior Program Manager, Windows Insider team says, “Live Tiles are not going away, we have not announced anything of the sort.” He further added, “Those that enjoy their Live Tiles will continue to be able to do so.”

Regardless of these statements, there's still a possibility for the Live Tiles interface to be scrapped completely at some point in the future as not all of Windows 10 apps support Live Tiles and the developers also haven't shown any keen interest in the interface either. The report further mentions that according to some sources, Microsoft is yet to take a final decision on Live Tiles in Windows 10 that will be determined based on the feedback from the change in Windows 10X. Speaking of which, the Start Menu found in Windows 10X looks very different to the one found on the desktop version of Windows 10.