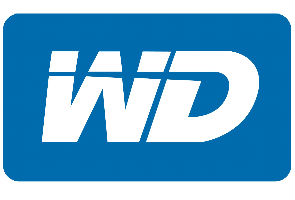 Highlights
Western Digital Corp. is trying to pull further away in its neck-and-neck race with Seagate Technology PLC to be the world's biggest maker of hard drives.

The deal is one of the largest in an industry that's been consolidating for decades, and gives the combined companies about half of the worldwide hard drive market. Seagate owns less than a third of that market.

A hard drive is a key data-storage technology for computers, and in picking up the Hitachi business, Western Digital is picking off one of the last key players. It's also giving itself a foothold in the market for drives that go into servers and corporate-level storage arrays. That's been a weakness for a company mostly known for selling hard drives that go into consumer PCs.

Western Digital is the No. 1 hard drive maker, just ahead of Seagate in terms of units sold. Hitachi is No. 3.

The acquisition shows how few targets are left in an industry that has aggressively contracted and is under pressure. The only other key players are Toshiba Corp. and Samsung Electronics Co.

Traditional, spinning hard drives are beginning to see serious competition from a different type of storage technology. Tablets and smart phones, which use solid-state flash memory, are starting to overshadow computers, which mostly still use hard drives.

Jayson Noland, an analyst with Robert W. Baird & Co., noted that in the 1980s there were as many as 80 hard drive makers. Chronic overproduction depressed prices and allowed big players to scoop up their beaten-up rivals.

Noland said Hitachi's hard drive business had been "a thorn in the side of this industry for a long time in overproducing drives. They're a part of a bigger company and didn't seem to care if they lost money."

But Hitachi also has established relationships with business customers, which Western Digital coveted.

Executives from Western Digital and Hitachi took pains on a conference call with analysts to emphasize the measures they're taking to avoid losing market share because of the combination. But because computer makers want to have multiple suppliers to keep prices low, Noland said it's likely that Western Digital and Hitachi will lose some customers when the deal closes.

"It's a good deal, and to be honest, Seagate should send flowers to Western Digital," he said. "They're going to be the natural recipient of market share, just because Western Digital did this."

John Rydning, research director covering hard drives for IDC, called the deal "clearly one of the biggest mergers in the history" of the hard disk industry.

He said consolidation has benefited the industry by helping the players who are left become more profitable, and that while Western Digital will gain more customers for servers and other non-personal computers, it will still lag behind Seagate in that market.

Flash memory is gaining on hard drives in portable devices because in part because it's light, compact and durable. But those aren't important advantages in the server and high-end storage market, where huge volumes of data need to saved at low cost. Hard drives are still much cheaper than flash, bit-for-bit.

The corporate market "represents one of the most durable growth prospects" for the hard disk industry over the next five years, he added. The industry has suffered because of a downturn in consumer PC sales in the Great Recession, but is recovering.

IDC predicts that the industry will grow to $36.8 billion this year, up from $35.2 billion last year.
Irvine, Calif.-based Western Digital said that the deal includes $3.5 billion in cash, plus 25 million of its common shares. The stock is valued at $750 million based on the company's Friday closing stock price of $30.01.

After the closing of the deal, Hitachi Ltd. will own about 10 per cent of Western Digital. Two of the company's executives will also join Western Digital's board.

Japan-based Hitachi Ltd. makes a huge array of products from nuclear power plants to rice cookers. It has been reshaping its business, cutting jobs, closing plants and shedding segments, helping some money-losing businesses such as auto parts and digital media rebound into the black.

Hitachi bought the disk drive unit from IBM Corp. in 2002. It's still based in San Jose, Calif., and has a factory there and in Rochester, Minn. It also has factories in China, Japan, Malaysia, the Philippines, Singapore and Thailand. It has 35,000 employees in all.
Other big recent deals include Seagate's acquisition of Maxtor in 2006, and Toshiba's acquisition of Fujitsu Ltd.'s hard drive business in 2009.

Steve Milligan, president and CEO of Hitachi Global Storage, will join Western Digital after the transaction's completion. He will report to Western Digital CEO John Coyne.

Both companies' boards have approved the acquisition, which is expected to close in the third quarter.

Western Digital said it plans to pay for the buyout with existing cash and about $2.5 billion in total debt.

The acquisition is expected to immediately add to Western Digital's adjusted earnings per share.