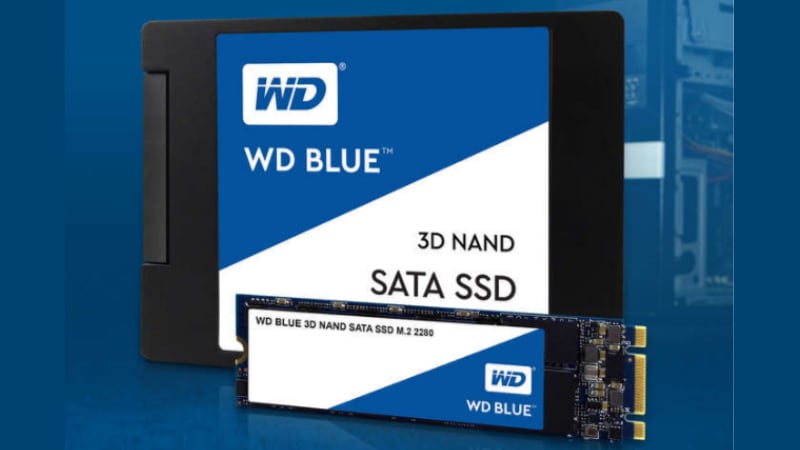 Western Digital and its subsidiary SanDisk have launched two new solid state drives that boast of 3D NAND technology that essentially allows the company to offer more storage space at less cost. The two SSDs are called WD Blue 3D NAND SATA SSD, and the SanDisk Ultra 3D SSD, and are the first to boast 64-layer 3D NAND technology. The prices of both the SSDs start at $99.99 (roughly Rs. 6,500), and they come with a three year warranty as well.

Other existing 3D NAND SSDs include the Samsung 850 Pro, Samsung 850 Evo, and Crucial MX300, but they all use 32-layer 3D NAND, and not 64-layer. WD claims that its new SSDs are the first to be built with a 64-layer 3D NAND that allows it to reduce costs even further. To elaborate, 3D NAND technology stacks up flash memory cells in multiple layers to allow more cells in the same number of wafer bits. This density increase allows for more storage space at a reduced cost. Both the SSDs sport identical storage spaces and speeds.

The WD Blue 3D and SanDisk Ultra 3D SSDs are offered in 250GB, 500GB, 1TB, and 2TB storage denominations. Both the drives are rated to deliver up to 560MBps of sequential read speeds, and 530MBps of sequential write speeds respectively.

The only difference between the two drives is that the WD Blue is designed for system builders and general computing, while the SanDisk Ultra 3D SSD is meant for gamers and creative professionals. While there is no tangible timeline announced, WD says to expect the shipping to begin sometime in the third quarter.

"Delivering 64-layer 3D NAND-based SSDs into the PC segment marks a critical step in our ongoing conversion to this new technology, as well as offers long-term benefits for our customers,” said MIke Cordano, president and chief operating officer, Western Digital. "Between our two, strong brands in SanDisk and WD, and their respective loyal customer bases and distribution channels, these advanced SSDs will appeal to a very broad footprint of the computing population that are seeking the benefits of today’s newest technologies."