Manufacturers may soon be able to “shop” for chiplets from different companies in the future. 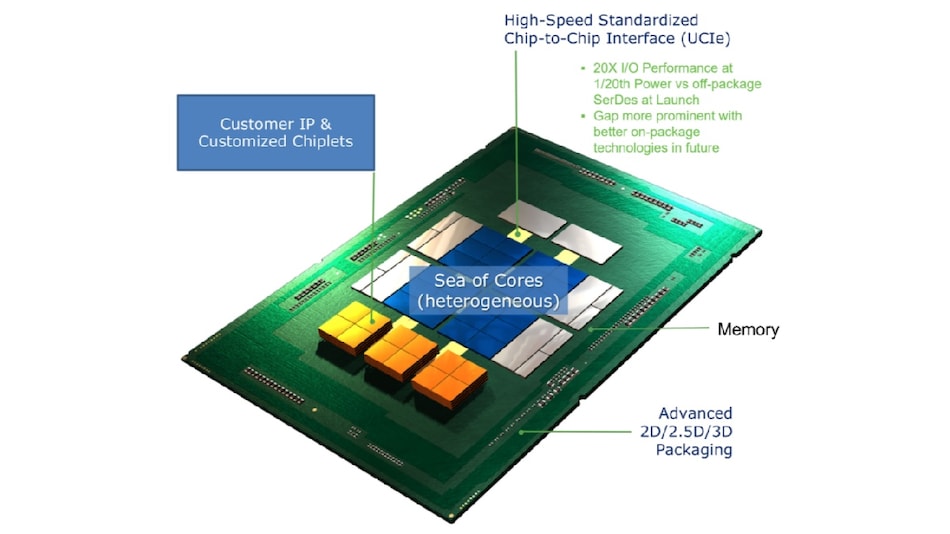 Chipmakers and cloud service providers have come together to create a new Universal Chiplet Interconnect Express (UCIe) standard for better chiplet interoperability. Designed to allow manufacturers to use different ‘chiplet' components when building SoCs, the initiative is supported by industry leaders such as TSMC, Intel, Qualcomm, Arm, AMD, Microsoft, Meta, and Google. The UCIe standard will allow companies to design and develop CPUs and SoCs faster, and will also allow for different combinations of components due to the universal design.

According to a report by Tom's Hardware, the new UCIe consortium will help to standardise die-to-die interconnection between chiplets, which are blocks of interconnected circuits found in modern chips. The new standard could bring down the cost of making SoCs and CPUs while speeding up the time to create them, and will be available on x86 and Arm architectures.

Until now, chiplets have lacked an open-source design, which makes it difficult for a manufacturer to make them work with other chiplets. Thanks to UCIe, all cores, memory, and I/O will all have standardised connections, while playing well with other components. The new standard could offer manufacturers the same convenience as PCIe (peripheral component interconnect express) which is used to connect storage, memory, and graphics components to a motherboard on PCs.

The new UCIe specification could lead to manufacturers being able to “shop” for chiplets from different companies in the future, while creating their own CPUs and SoCs. This could theoretically speed up the process of development and the time it takes to bring a product to market, as compared to integrated monolithic chips that include all the components on one piece of silicon.

For now, the consortium has ratified a new UCIe 1.0 specification that will focus on validation and features to streamline the process of standardising the chiplet interoperability. However, it could be a while before consumers see new chips that are built on the new UCIe standard, that could be used in smartphones, desktop computers, and powerful server chips.

The consortium includes leaders in the industry including semiconductor foundry owners like Samsung, TSMC, and Intel, as well as companies such as Qualcomm, Arm, and AMD, as well as cloud service providers including Microsoft, Google, and Meta, according to the consortium's website.