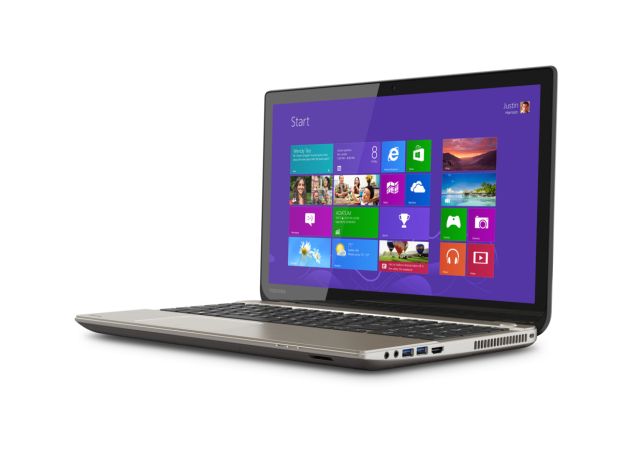 Toshiba on Wednesday pulled the wraps off the Satellite P55t, one of the world's first laptops with a 4K UHD display, and the company's third. The laptop will be available from 22 April in the US for a price of $1,499.99 (roughly Rs. 90,400). It also has the distinction of being the first laptop to earn the Technicolor Color Certification.

The Toshiba Satellite P55t's 15.6-inch diagonal Ultra-HD TruBrite touchscreen display has a native 3840x2160 pixel resolution with 282ppi. According to Toshiba, the display is calibrated by Chroma Tune, and the Technicolor Color Certification refers to the accuracy of the display's colour gamut.

A 1TB hard drive takes care of the Satellite P55t's storage requirements. Additionally, it has four USB 3.0 ports , a UHS-II SD card slot, 802.11ac Wi-Fi module, an HDMI port capable of 4K output, a built-in Blu-ray Disc rewritable drive and Harman Kardon speakers, which users can listen to even when the laptop is switched off.

The most interesting addition is, however, the inclusion of a full version of Adobe Photoshop Lightroom 5 software.

"Creative professionals are embracing 4K Ultra HD as it enables a whole new level of media creation that draws viewers in with amazing detail and clarity," said Carl Pinto, vice president of marketing, Toshiba America Information Systems, Inc., Digital Products Division. "Until now, media creators have been unable to have this combination of performance and display capabilities in a mobile solution and we applied years of experience and engineering resources to make it a reality."