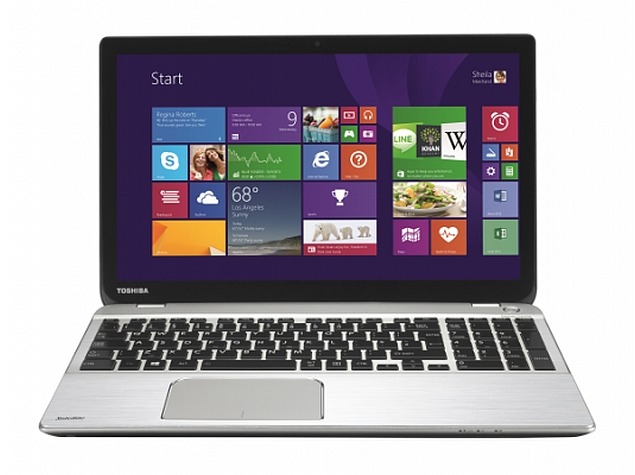 Toshiba said Thursday its first-quarter net profit climbed 68.7 percent due to brisk sales in infrastructure business and PCs in Japan.

In the three-month period to June, Toshiba posted a net profit of 8.9 billion yen ($87 million), a 68.7 percent jump from a year earlier.

Toshiba is involved in a range of businesses from power generation, transmission systems and medical equipment to computer chips and laptops.

For the year to March next year, Toshiba said it expected a net profit of 120 billion yen on sales of 6.7 trillion yen.

"The PC business improved significantly, recording higher operating income," it said, noting that demand driven by the end of support service for the Windows XP operating system contributed to increase in sales.

Toshiba's visual products business also saw an improvement "due to the effects of restructuring, higher sales prices and a shift in focus to redefined sales territories," it said.

But the company's electronics devices business saw a slight decline in operating profit due to intense pricing competition in the market, it said.

The company will keep efforts to reform the visual products business, with plans to halve sales sites worldwide from 24 to 12 by the end of September 2015 saving an estimated 10 billion yen it said.

"This move will also reduce the visual products business's global workforce by about 25 percent, or about 300 people, excluding the manufacturing operation which has already reduced its headcount," a company spokesman said.

The company will focus on super high-definition 4K TVs in Japan and the rapidly growing emerging markets, it said.