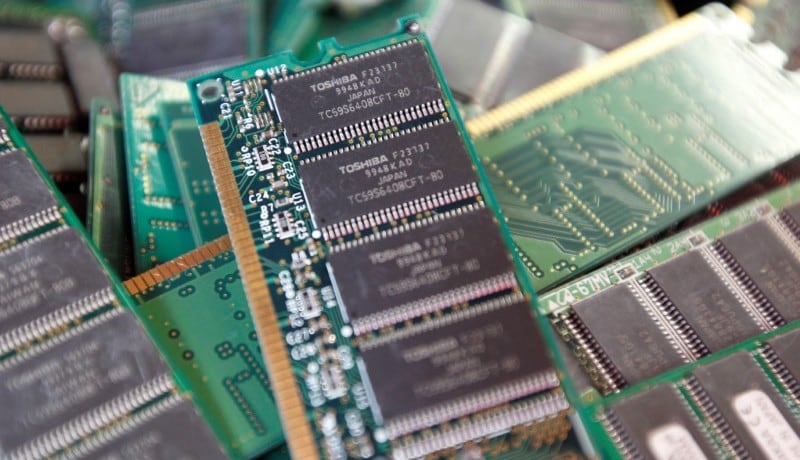 Japan's Toshiba is expected to formalise the sale of its prized memory chip unit on Thursday to a group led by US private equity firm Bain Capital, even as jilted suitor and joint venture partner Western Digital took fresh legal action.

The embattled conglomerate said on Wednesday it had agreed to the sale, but the formal signing of the contract is awaiting commitment letters from all participants, sources have said.

Toshiba, struggling to plug a yawning balance sheet hole, has been trying to sell its chip business since late January. The sale of the world's second-largest producer of NAND memory chips brings the group closer to the end of a tangled and fraught process.

As late as Tuesday night, sources said Toshiba was leaning towards selling the business to Western Digital.

But even after Toshiba officials announced that the JPY 2 trillion ($18 billion or roughly Rs. 1,14,817 crores) deal had been reached, question marks remain - not least around antitrust approvals and the legal battle with Western Digital.

Shares in Toshiba reflected the uncertainty, falling around 2.9 percent in morning trade.

Bain has partnered with South Korea's SK Hynix Inc and brought in US buyers of Toshiba chips such as Apple and Dell to bolster its bid.

SK Hynix said in a statement that it was committed to ironing out the remaining issues in the contract.

The key unknown, however, is Western Digital, which said late on Wednesday that it had filed its latest legal action against Toshiba for investing in a new flash memory production line without its help.

It is unclear how long the process could last, and what impact it would have on the completion of the sale.