Titan is world's most powerful supercomputer 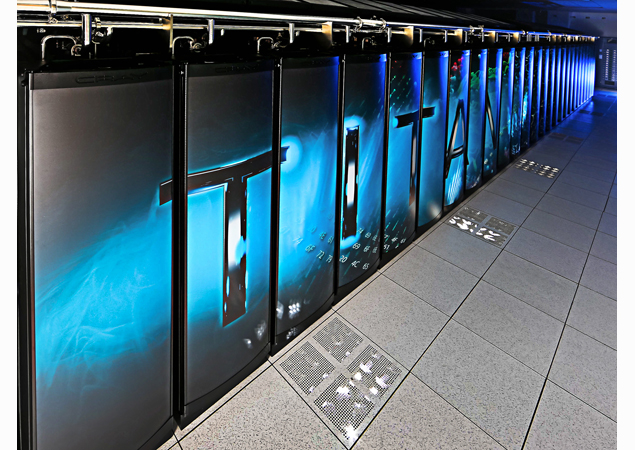 A computer called Titan, which is 10 times more powerful than the last lab machine, has claimed the title of the world's most powerful supercomputer.

The machine has seized the top spot in the Top500 - a closely-watched global league of the fastest supercomputers, the Telegraph reported.

Built by Cray at the US government's Oak Ridge National Laboratory in Tennessee, Titan is 10 times more powerful than the lab's last supercomputer, Jaguar, which led the world as recently as 2009.

Titan was measured at 17.59 petaflops or 17.59 thousand trillion calculations per second beating the previous record of 16.32 petaflops, held by Sequoia, a supercomputer at Lawrence Livermore National Laboratory in California, which simulates nuclear attacks.

It had reclaimed the crown for the United States earlier this year from the K supercomputer in Japan, the report said.

The new champion contains almost 19,000 processing nodes and 710 terabytes of memory. As well as a 16-core AMD CPU, each node contains an Nvidia GPU accelerator, a specially-adapted version of processor technology originally developed for the video gaming market.

Supercomputers are increasingly incorporating GPUs, which consume less power for more processing power compared to CPUs because their "parallel" architecture allows them to perform many calculations at once.