This Chinese Company Wants to Be the Next Oculus Rift 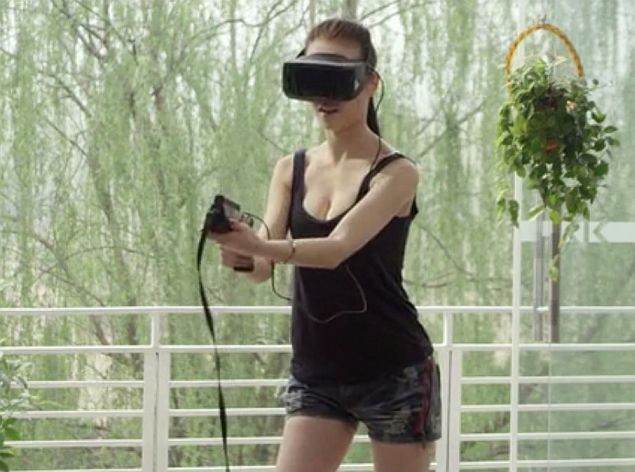 As a part of our weekly series on Kickstarter and other crowdfunding websites, we try and find the most exciting new projects online. The Oculus Rift and the Pebble Smartwatch proved that the most interesting and innovative new products don't have to emerge from giant companies anymore, and we're watching out for the next big thing.

A Chinese company called ANTVR believes that will be its ANTVR Kit, a Virtual Reality kit, which they say is even better than the Oculus Rift.What's more, ANTVR claims its headset is compatible with different gaming platforms, and not just the PC, unlike the Rift. To bring the ANTVR Kit to production, the company has taken to Kickstarter.

Normally,when a company makes claims like that, you should start to feel skeptical, but the Kickstarter video includes testimony from people likeJan Goetgeluk, CEO at Virtuix, whose Omni treadmill is designed to workwith the Oculus Rift. ANTVR also quotes David Helgason, the CEO and founder of Unity Technologies, as saying that "it's a really really great experience."

With some experts having tried out prototypes, this Kickstarter starts to sound like something which is real and exciting. At the time of writing, ANTVR has raised $171,991 out of a total target of $200,000, with 33 days left to go.

The headset looks similar to Oculus Rift, but we were initially sceptical about the idea that it could be used across platforms. However, the company claimsit can do that by using the headset as just a head-mounted display, andnot for VR. They note on the Kickstarter page that if the game is only 2D, then you can wear the headset to play as a 2D game on a large virtual screen. This means you can hook it up with consoles that have not been developed with its use in mind. Sony already has a somewhat similar product in the market, the Sony HMZ-T3Q.

Butwhat's most interesting about the ANTVR might be the controller peripheral that the company has developed. This is pretty unique, and while it's shaped like a gun for use in shooter games, you can unfold itto reveal a full controller, or a steering wheel as well, which is pretty interesting. Since the HDMI cable to your computer will run from the front of this controller though, it might lead for some risky wire tangles, as the wire would be waved about as you play. There is a $200 wireless accessory available, though given how big a problem latency is already supposed to be, that sounds like a really bad idea.

The project is also pricing things similarly to the Oculus Rift Kickstarter,with a headset and controller coming for a $300 pledge. Until the commercial release of the Oculus Rift or Sony's Project Morpheus, this seems to be the standard benchmark for VR devices, though that will probably change once those other devices are widely available.

For now though, you can check out this video of the ANTVR in action below:

To see our other recent picks from the crowd-funding world, click here.

Netflix to Launch in Germany, France, and Four Other European Countries
China's Cyber-Espionage Victims Fell Prey to Mundane Ruses: US