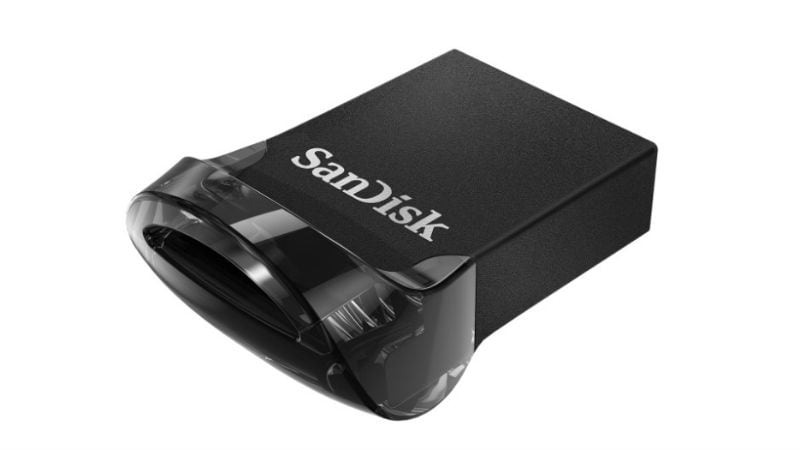 SanDisk has unveiled a prototype of the world's smallest 1TB USB Type-C flash drive at CES 2018. The company has showcased two new flash drives at CES this year. SanDisk has also introduced the world's smallest 256GB SanDisk Ultra Fit USB 3.1 Flash Drive. While not much is known about the 1TB USB Type-C drive, the SanDisk Ultra Fit USB 3.1 Flash Drive was actually launched at the event. The company has also released two portable SSDs.

At CES 2018, the company offered a preview of the future of flash storage. It demonstrated the new 1TB USB device, which is a USB Type-C flash solution capable of storing a big amount of content in a tiny form factor. The USB Type-C plug makes the flash drive very versatile. You can use the device with latest PCs and Macs as well as several Android devices. Also, SanDisk says that the file transfer will be much faster than before.

The 1TB USB Type-C flash drive is still in the prototype stage. SanDisk has promised to launch more similar USB Type-C drives soon, but it may take some time before their 1TB model starts shipping. There is no information on the price as well.

Meanwhile, SanDisk, which had introduced the world's smallest 128GB USB 3.0 Ultra Fit Flash Drive back in 2015, has unveiled the 256GB SanDisk Ultra Fit USB 3.1 Flash Drive. The transfer speeds are up by up to 15 times than standard USB 2.0 drives and the reading speed has gone up to 130MBps, SanDisk claims. The company says, s. with 256GB, people can store content approximately up to, 14,000 photos, 10 hours of full HD video and 16,000 songs, and more.

The two new SSDs include, My Passport Wireless SSD and SanDisk Extreme Portable SSD. The Passport Wireless SSD features one-touch card copy to enable editing and sharing of content out in the field. It also has the ability to directly access the device within third-party mobile creative apps, like FiLMiC Pro and LumaFusion. Meanwhile, the SanDisk Extreme Portable SSD is meant for saving and editing hi-res photos and videos on-the-go, SanDisk has revealed.

Apple Store in Zurich Evacuated as iPhone Battery Overheats
What Does a Smartphone Mean to a Refugee?