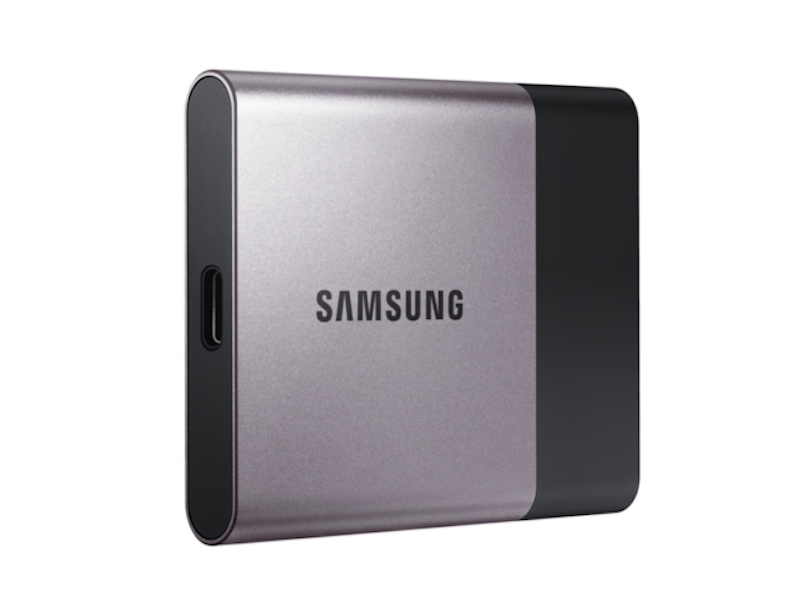 Samsung has unveiled a new compact solid state drive, the Portable SSD T3, which comes in up to 2TB capacity. The new SSD also comes with a range of other features such as a USB Type-C connector and a shock-resistant metal case. The Portable SSD T3 will be up for display at the CES trade show event later this week.

The Samsung Portable SSD T3 houses a Samsung mSATA 850 Evo drive, which means that it has all of its features. The company claims that the SSD utilises its 3D-vertical NAND flash memory, which is capable of read/write speeds of up to 450MB/s.

For the new SSD, the company has ditched the plastic casing in favour of metal, which while makes the device stronger, also makes the overall setup heavier. The 2TB drive weighs just 51 grams, the company says. The metal case can withstand up to 1,500G of force and survive a drop from up to 2 metres, the company claims. There's also an integrated Thermal Guard which can prevent overheating.

The Portable SSD T3, which supports Windows 7 (or later), OS X 10.7 (or later), and Android KitKat (or later), offers support for AES 256-bit encryption. There is no word on pricing just yet, but the company noted that it will make the SSD T3 available in select regions including the United States, China, Korea worldwide starting February 2016. To recall, the 1TB version of Portable SSD T1 is roughly priced around $600.