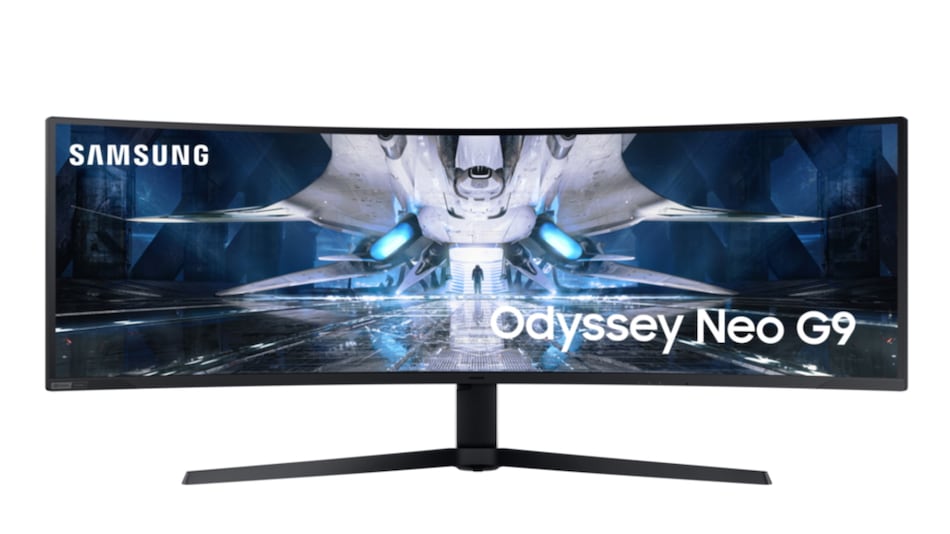 Samsung has unveiled the world's first mini-LED gaming monitor, Odyssey Neo G9, with Quantum Matrix technology. The gaming monitor comes with a curved display and supports Quantum HDR 2000 for an immersive gaming experience. This monitor is a successor to the Odyssey G9 that was launched last year. The new Samsung Odyssey Neo G9 utilises the Quantum Mini LED technology. At 1/40th the height of a conventional LED, Quantum Mini LED has thin micro layers filled with several more LEDs.

The company's new Samsung Odyssey Neo G9 curved gaming monitor with Quantum Mini LED will be available for pre-orders starting July 29 and will go on sale globally on August 9. While Samsung didn't list the price on its website yet, The Verge reports that the gaming monitor will be priced at $2,499.99 (roughly Rs. 1,86,300).