Samsung 870 Evo SATA SSD With Up to 560MBps Read Speeds, Up to 530MBps Write Speeds Launched 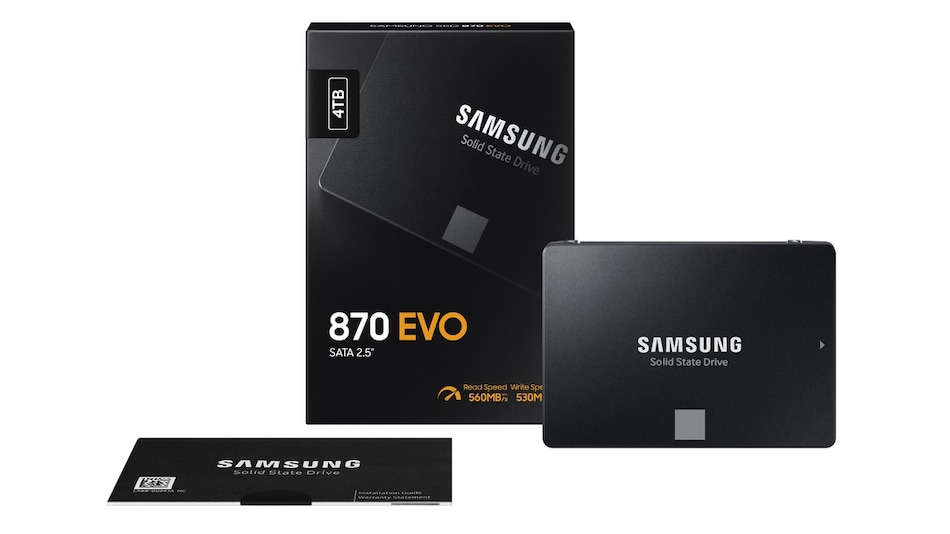 Samsung 870 Evo SATA SSD has been launched as a successor to the popular Samsung 860 SSD. The new 870 Evo boasts of “38 percent higher random read performance” and “30 percent improved sustained performance” over the Samsung 860 Evo SSD. It comes in up to 4TB capacity and offers compatibility with many computing devices as well as advanced Windows features. Samsung 870 Evo uses Samsung V-NAND 3-bit MLC memory for reliable performance. There are five capacities available and all of them boast of maximum possible sequential read and write speeds on SATA interface.

Samsung 870 Evo uses the SATA 6Gbps interface and comes in a 2.5-inch form factor. It has a Samsung controller and uses the company's V-NAND 3-bit MLC (TLC) memory. In terms of DRAM, the 250GB and 500GB models come with 512MB LPDDR4 DRAM, the 1TB variant comes with 1GB, 2TB variant comes with 2GB, and 4TB comes with 4GB LPDDR4 DRAM. The USP of these new 870 Evo SSDs is the sequential read and write speeds that Samsung claims to be Up to 560MBps and up to 530MBps, respectively. These are the maximum possible speeds with a SATA interface.