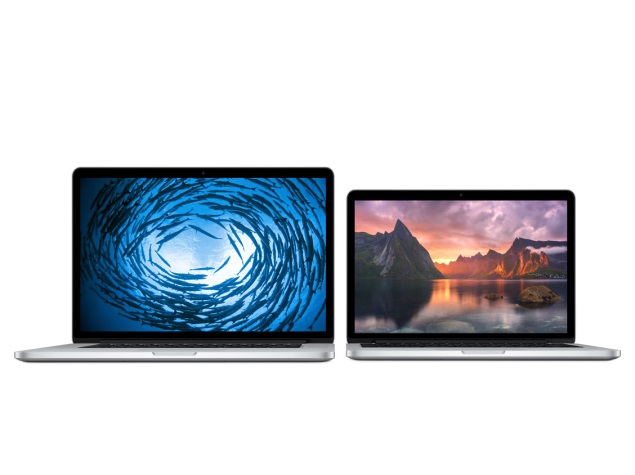 Apple has refreshed its lineup of Retina MacBook Pro laptops, giving each model a speed bump and an increased amount of RAM by default. Further, the India prices of all Retina MacBook Pro variants have been slashed, with most models receiving a Rs. 5,000 price drop, while the most expensive variant has seen its price cut by Rs. 20,000. The non-Retina MacBook Pro has received a price drop of Rs. 11,000.

All 13-inch Retina MacBook Pro laptops will now come with 8GB RAM standard. Earlier, the 256GB and 512GB SSD storage variants came equipped with 8GB RAM, while the entry-level 128GB model had 4GB RAM standard. The 128GB and 256GB SSD storage variants will now come with 2.6GHz dual-core Intel Core i5 processor, instead of the 2.4GHz processor they earlier came with. The 512GB SSD variant gets a speed bump from 2.6GHz to 2.8GHz.

The 15-inch 256GB SSD variant of the Retina MacBook Pro will now come with 16GB RAM as standard to match its 512GB SSD counterpart. The CPU on the 256GB and 512GB SSD variants has been bumped up to 2.2GHz and 2.5GHz respectively, a jump of 200MHz for both.

Rest of the specifications of both 13-inch and 15-inch Retina MacBook Pro models can be found on the Apple website.

The biggest price drop is on the high-end, 15-inch 512GB variant MacBook Pro Retina, which will now retail Rs. 179,900, compared to Rs. 199,900 earlier. This variant has received a price cut of $100 in the US market, while the price of other models remain unchanged.