RedmiBook 15 is expected to be powered by 11th Gen Intel Core i3 and Core i5 processors, along with at least 8GB of RAM. 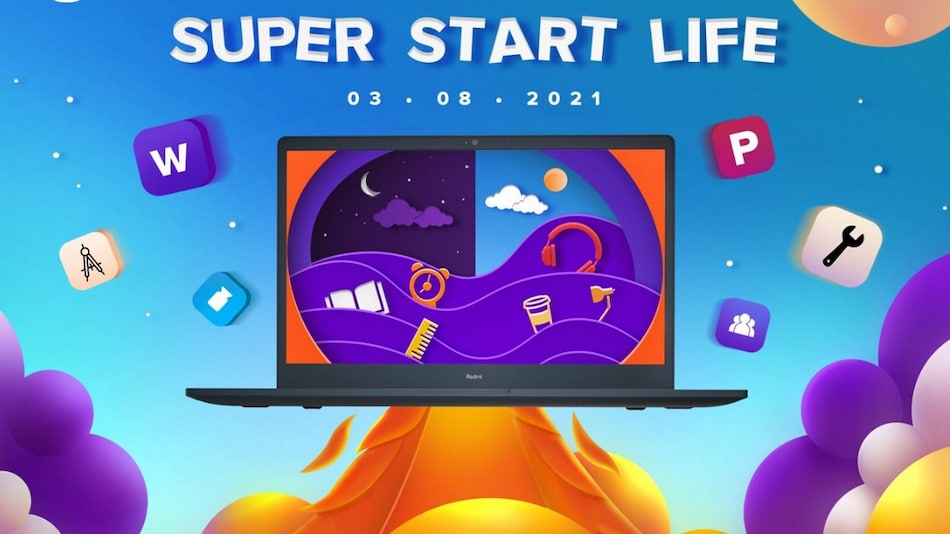 RedmiBook series be the first Redmi branded laptops in India

RedmiBook series will launch in India today, August 3, at 12pm (noon). The RedmiBook series will include the first laptop models from Xiaomi's Redmi brand in the Indian market. The Chinese company has previously launched a host of RedmiBook laptops in China but none of them have made their way to India, though it does offer laptops in the country under its Mi brand. RedmiBook 15 and RedmiBook 14 are expected to be part of the launch today and they are said to be powered by 11th Gen Intel Core i3 and Core i5 processors.

RedmiBook series will launch today at 12pm (noon) through a virtual event that will be livestreamed on YouTube and Facebook. It will bring the first Redmi branded laptops to the country. Xiaomi will share pricing, availability, and configurations for the RedmiBook series at the event. You can check out the stream below.

While it is unclear how many models will be in the series, prices for the RedmiBook 15 have been previously tipped. The RedmiBook 15 is said to be priced under Rs. 50,000. Xiaomi has teased the RedmiBook model will be offered in Charcoal Grey colour option.

Xiaomi has confirmed that at least one RedmiBook model will feature a 15.6-inch display and be powered by 11th Gen Intel Core processors. It will also feature 10 hours of battery life. Previous leaks have suggested the laptop will run Windows 10 and come with a full-HD display along with at least 8GB of RAM. It is also reported to have 256GB and 512GB of PCIe SSD storage options. Connectivity options on the RedmiBook 15 are said to include dual-band Wi-Fi and Bluetooth v5.0, as well as USB 3.1 Type-C, USB Type-A, USB 2.0, HDMI, and an audio jack. The laptop could also come with a 65W charger.

At the launch, Xiaomi is speculated to unveil a 14-inch RedmiBook model as well that will likely feature the same specifications but in a smaller form factor.