The new RedmiBook laptops will be announced on May 26, alongside the Redmi 10X smartphone. 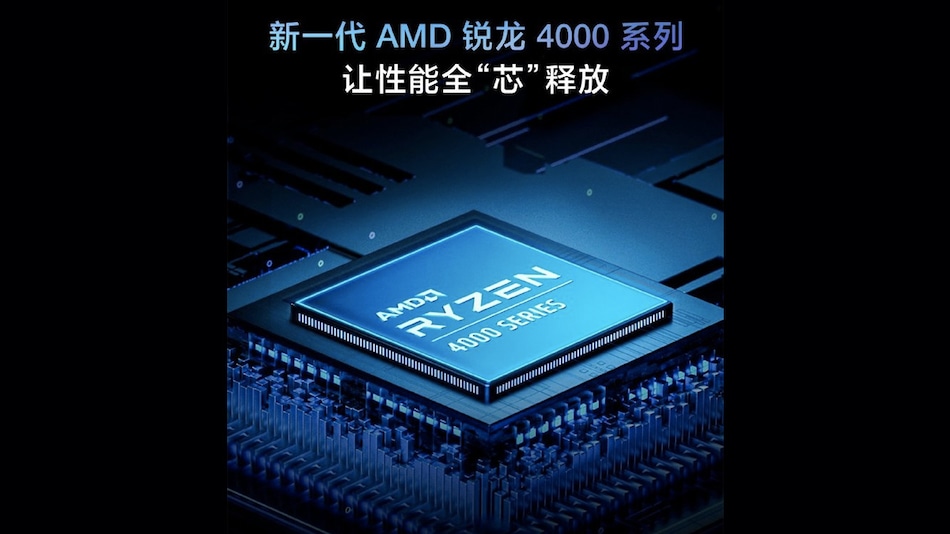 The new RedmiBook series will launch in China on May 26

Redmi, the sub-brand of Xiaomi, is getting ready to launch new models of RedmiBook laptops on May 26. We've been hearing rumours that the upcoming RedmiBook models would feature AMD CPUs and now, this has been confirmed by none other than Redmi General Manager Lu Weibing. In a post on Weibo, Weibing revealed that the new RedmiBook lineup will be powered by AMD's latest Ryzen 4000 series CPUs. Another teaser image of the laptop also hints at the display having support for 100 percent sRGB colour gamut. The laptops are scheduled to be announced on May 26 and will launch alongside the Redmi 10X smartphone, for the Chinese market.

Weibing's post on Weibo talked up the improved performance and efficiency of the new AMD Ryzen 4000 series chips, along with a marketing image for the laptop. Another post of Weibing, shared on May 21, showed yet another marketing image of the RedmiBook itself. Unsurprisingly, it seems to borrow many design aesthetics from Apple's MacBook Pro line up. There are still a lot of details we don't know yet, apart from the pricing, but it seems as though the display and CPU would be the focus for these models.

News about the new RedmiBooks having AMD CPUs broke just the other day, when tipster @_rogame shared two images, detailing some of the CPU specifications. We might see a total of three new RedmiBook models, if this rumour is to be believed.

While these new models will be sold in China only for now, if all goes well, we could see Xiaomi launch RedmiBook and even Mi-branded laptops in India sooner than you think. Back in April, prolific tipster Ishan Agarwal tweeted saying that Xiaomi India chief Manu Kumar Jain informed retailers that these laptops could launch in India soon. This was reportedly mentioned during an online meeting that Jain had with Xiaomi retailers.

If this plan does indeed pan out, laptops will be another new product category for Xiaomi in India. Of course, being a RedmiBook, we should also expect competitive pricing.