The Redmi Display 1A has 178-degree viewing angles. 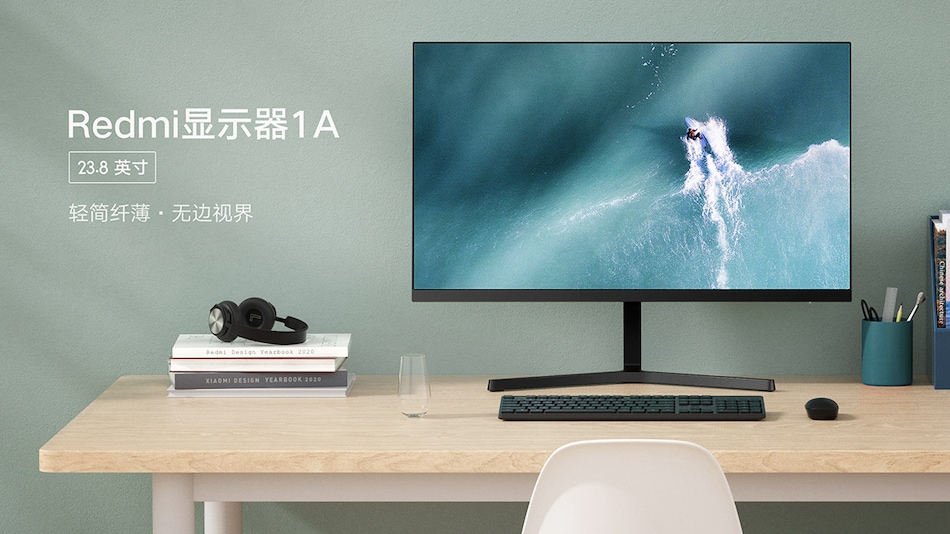 Xiaomi has been in the news for its multiple launches this week. The smartphone maker launched the Redmi 10X series in China, along with new models of the Redmi Smart TV and new RedmiBook laptops. While the majority of these launches took place in China, back in India the company launched an 18W dual-port charger and a precision screwdriver kit. The company also teased RedmiBook and Mi branded laptops for India. Now, the company has now launched a monitor called the Redmi Display 1A in China.

The Redmi Display 1A monitor has been silently introduced by the company on its official website. The new Redmi Display 1A is priced at CNY 599 (roughly Rs. 6,384) that is quite aggressive. It looks like Xiaomi is taking pre-orders for the device with a deposit of CNY 100 (roughly Rs. 1,100).

This is the first time Xiaomi has ventured into the PC component space. The new Redmi Display 1A has a 23.8-inch full-HD IPS LCD panel. It has very thin bezels on three sides with the bottom chin being comparatively thicker. Xiaomi claims that the monitor is 7.3mm at its thinnest point. The monitor has a 178-degree field of view and is TUV Rheinland-certified for low blue light emissions.

The Redmi Display 1A has 16:9 aspect ratio, 60Hz refresh rate, 250cd/m² brightness, 1000: 1 contrast ratio and 6ms response time. This monitor also carries 3 years of warranty. It has a power button and power inlet port at the back along with VGA and HDMI ports. Since the monitor has thin bezels, Xiaomi suggests that it can be used for a multi-monitor setup.

Editor's Note: The Redmi Display1A price has been updated to CNY 599. The company was earlier promoting the CNY 499 price tag on Weibo and the post has since been removed.