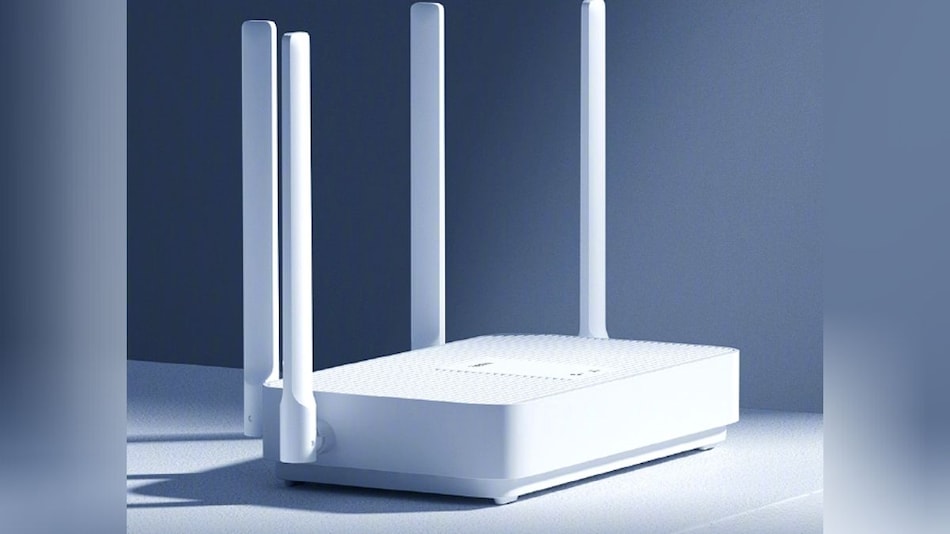 Redmi AX5 Wi-Fi 6 router has been unveiled by the Xiaomi sub-brand on Tuesday. This is the first router by Redmi that supports Wi-Fi 6 connectivity. The router is currently available in China and its pre-sales will commence on June 10. It is unclear whether the device will launch in India. The newly launched Redmi router comes in White colour option and it features four independent signal amplifier antennae to provide better network coverage. The company claims that the router is 'specially' optimised for smart homes and it is touted to provide stable connections for up to 128 Wi-Fi-enabled devices.

Redmi AX5 Wi-Fi 6 Router carries a price tag of CNY 249 (roughly Rs. 2,700). However, customers can purchase the router during its pre-sales tomorrow at an introductory price of CNY 229 (roughly Rs. 2,400). Details about the router's global launch are also unclear.

As per the information shared on Weibo, the Xiaomi sub-brand claims that the Redmi AX5 Wi-Fi 6 router can support speeds of up to 1775Mbps that is about 52 percent faster than Wi-Fi 5.

Redmi AX5 Wi-Fi 6 further comes with mesh networking support that enables users to use the Internet at different corners their apartment without any lag. The Redmi AX5 Wi-Fi 6 router is powered by the Qualcomm's penta-core enterprise-class chipset made of 14nm node process.

Redmi says the router is deal for smart homes and it can easily connect to 128 Wi-Fi enabled devices such as Smart TV, speakers, security cameras and more.