Razer’s outrageously designed and specced Eracing Simulator concept was the star of its CES 2020 announcements. 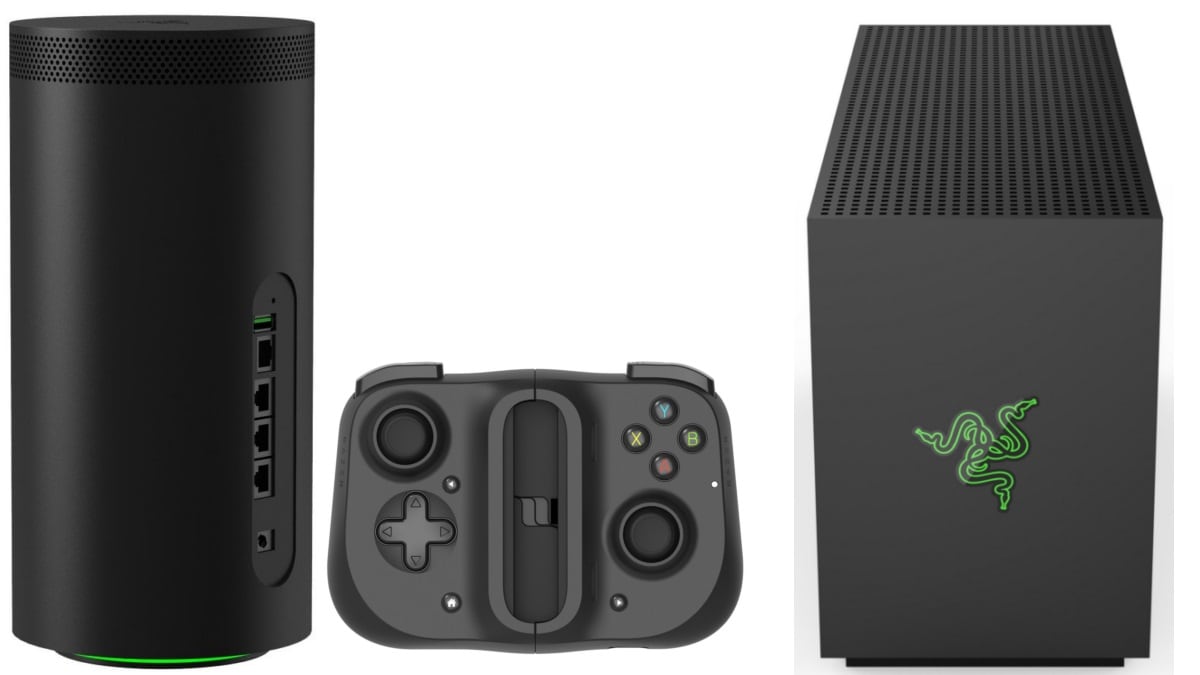 Razer made a splash at CES 2020 by showcasing the fancy Razer Eracing Simulator concept that comes with a hydraulic racing platform, full manual controls, and a steering wheel with paddle shift to offer an immersive racing experience. But aside from it, the company also launched the Razer Kishi universal mobile gaming controller that is compatible with both Android and iOS phones. Separately, the company showcased the Razer Tomahawk gaming desktop with a modular layout that packs up to an Intel Core i9 processor and Nvidia GeForce RTX 2080 Super graphics. Lastly, Razer also unveiled the Sila 5G Home Router concept that also doubles as a 5G hotspot.

The Razer Tomahawk is claimed to be the first truly modular desktop system that employs the in-house Razer Tomahawk N1 chassis, and can fit the freshly-launched Intel NUC 9 rig. But don't let the minimalist design with aluminium and glass build deceive you, as the Razer Tomahawk desktop is a beastly machine that packs up to the 9th Gen octa-core Intel Core i9 processor paired with up to 64GB of DDR4 RAM and dual M.2 SSD slots. Graphics go up to the Nvidia GeForce RTX 2080 Super, while Wi-Fi 6, 2x Thunderbolt 3 ports, 2x Gigabit Ethernet ports, 2x HDMI 2.0A ports, and 6x USB 3.2 Gen 2 ports handle connectivity. The Razer Tomahawk gaming desktop will be available in the first half of 2020, but pricing details have not been announced yet.

Razer's new Kishi gamepad takes inspiration from the Nintendo Switch Joy-Con controllers, but gives it a signature Razer design overhaul. However, it brings a few notable upgrades. First, it overcomes latency by connecting to the phone via wired USB Type-C or Apple Lightning connector interface. Second, it doesn't need to be charged separately, as it takes up juice from the phone itself. Third, it is compatible with a wide range of Android and iOS smartphones.

The gamepad connects at both ends of a phone, just like Nintendo's Joy-Con controllers

And oh, it also supports pass-through charging, as the gamepad has a separate port where you can plug the charging cable to simultaneously top up your phone's battery. The list of compatible phones includes the Galaxy S8, Galaxy Note 8 and their respective successors, Pixel 2 and later iterations, and iPhone 6 and newer models. The Razer Kishi gamepad hits the shelves in early 2020, but there is no word on pricing yet.

The Razer Sila 5G Home Router concept is targeted at gamers whose key priority is an ultra-low-latency network during gaming sessions. It employs Razer's proprietary FasTrack engine to deliver high-bandwidth connectivity, and also doubles as a portable 5G hotspot, thanks to a built-in battery. Unsurprisingly, it comes with a dedicated game mode to deliver an interruption-free gameplay experience, and also allows users to prioritise between consoles and a PC. It supports both sub-6GHz and mmWave 5G networks, and has the Qualcomm SDX55 ticking at its heart.

Razer's Eracing Simulator rig is in a concept stage, and won't make it to the market anytime soon

And here is the Razer Eracing Simulator concept that was mentioned at the beginning of the article. It is essentially the virtual racing rig of your dreams. It has a hydraulic racing platform and a steering wheel with paddle shift. Other amenities include surround visuals on a 128-inch projection surface with a 202-degree field-of-view that is provided by dual full-HD projectors for crisp visuals.