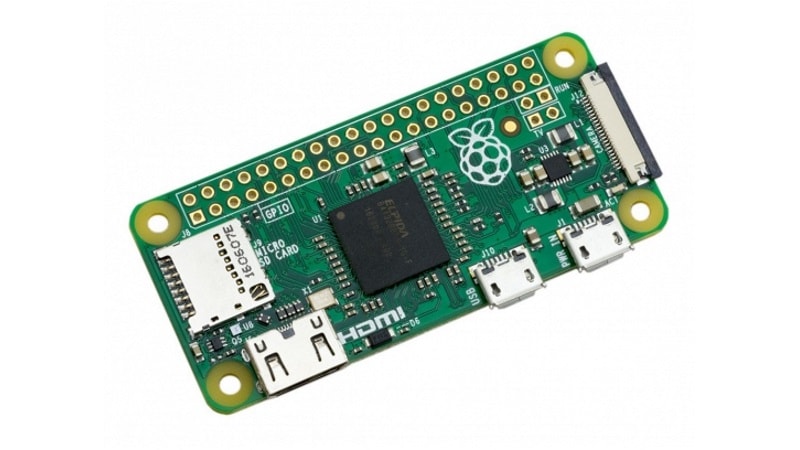 Raspberry Pi Foundation has announced that the company is launching its new board-based mini-computer Raspberry Pi Zero W at a price of just $10 (roughly Rs. 670). This is the successor to company's original Raspberry Pi Zero, which was launched back in 2015, with added features such as Wi-Fi 802.11n and Bluetooth 4.0 inbuilt connectivity.

However, the most interesting part is the new additions, i.e. Wi-Fi 802.11n and Bluetooth 4.0, which can potentially improve the productivity from the mini-computer substantially. Product developers have already implemented the original Raspberry Zero to produce interesting low-cost projects and with added Wi-Fi and Bluetooth capabilities, there are several more possibilities that Raspberry Pi Zero W opens up for their products.

Alongside the new mini-computer, the company has also announced that it has developed an official injection-moulded case with Kinneir Dufort and T-Zero. The new case comes in the same design as official case for Raspberry Pi 3 and has interchangeable lids.

Raspberry has added several new distributors including ModMyPi in the UK, pi3g in Germany, Samm Teknoloji in Turkey, Kubii in France, Spain, Italy and Portugal, and Kiwi Electronics in the Netherlands, Belgium, and Luxembourg. The Raspberry Pi Zero W is already available for purchase.