Along with Raspberry Pi Compute Module 4, an IO Board and an Antenna Kit have also been launched. 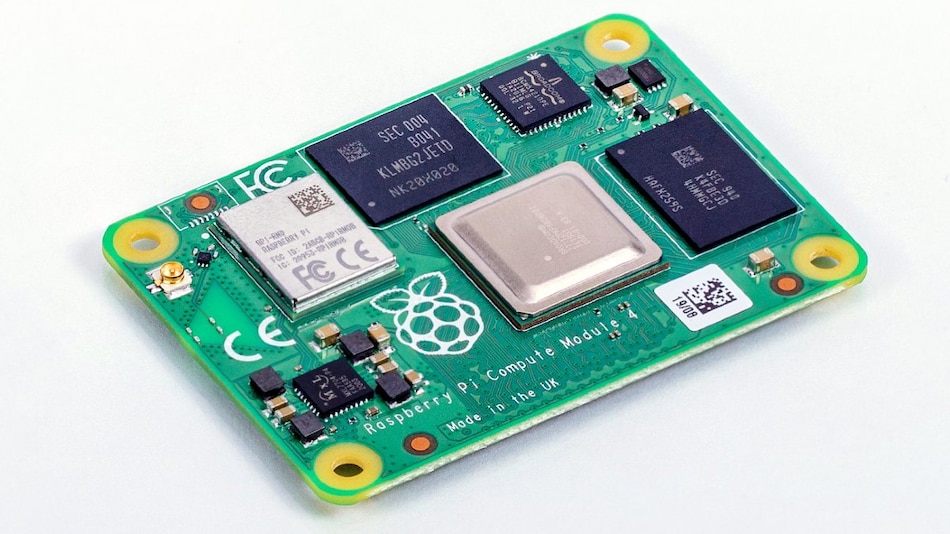 As mentioned above, Raspberry Pi Compute Module 4 will be available in 32 variants. This includes four RAM options, four Flash memory options, and optional wireless connectivity. The prices range from $25 (roughly Rs. 1,833) for the 1GB RAM, Lite, no wireless variant, to $90 (roughly Rs. 6,598) for the 8GB RAM, 32GB Flash, wireless variant.

The Raspberry Pi Compute Module 4 sports dual HDMI interfaces at resolutions up to 4K, and a single-lane PCI Express 2.0 interface. It has dual MIPI DSI display, and dual MIPI CSI-2 camera interfaces. It has 28 GPIO pins. It is available in 1GB, 2GB, 4GB or 8GB LPDDR4-3200 SDRAM, and has optional 8GB, 16GB, or 32GB eMMC flash storage.

There is also a new IO Board being launched alongside Raspberry Pi Compute Module 4, which will break out all the interfaces from the Compute Module to standard connectors. It will offer two full-size HDMI ports, Gigabit Ethernet jack, two USB 2.0 ports, a MicroSD card socket, PCI Express socket, 40-pin GPIO connector, 12V power input jack, camera and display connectors, and a real-time clock with battery backup. The IO board costs $35 (roughly Rs. 2,566.)

A new Compute Module 4 Antenna Kit has also been launched. It features a whip antenna, with a bulkhead screw fixture and U.FL connector to attach to the socket on the module.