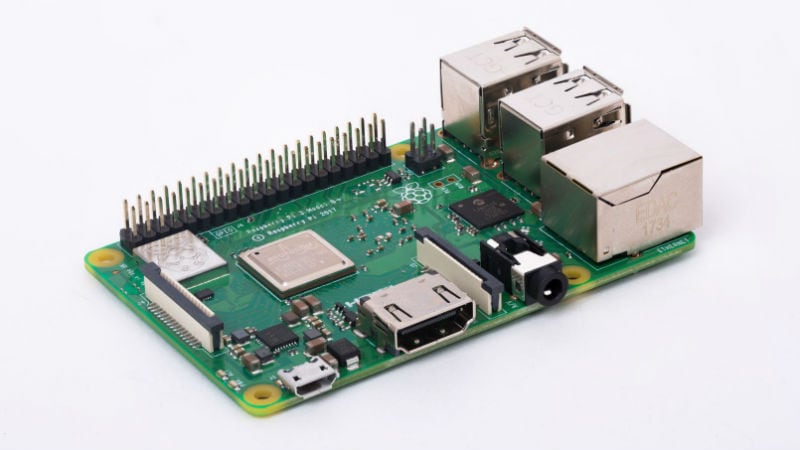 In terms of pricing, the Raspberry Pi 3 Model B+ costs $35 (roughly Rs. 2,300) and is currently available on its website. Raspberry Pi 3's Model B+ sports a 1.4GHz quad-core Broadcom BCM2837B0 SoC (compared to the 1.2GHz BCM2837 processor in the Pi 3), which the company says has come as a result of improved power integrity optimisations and a heat spreader.

Additionally, it delivers dual-band 2.4GHz and 5GHz wireless connectivity and Gigabit Ethernet over USB 2.0, which supports 315Mbps (over 3x speed of previous boards). The Raspberry Pi 3 Model B+ also supports Bluetooth 4.2, and Bluetooth Low Energy making it easier to create IoT hubs or in interaction with other devices in smart homes.

Raspberry Pi Foundation says the dual-band wireless LAN comes with FCC certification making it easier and cheaper to commercially launch products based on the Raspberry Pi 3 Model B+.

The Model B+ comes with Power over Ethernet (PoE) support, which hasn't been supported until now. The Raspberry Pi Foundation will also launch its own dedicated PoE HAT. Meanwhile, about the previous Raspberry Pi models, Upton says, "We have a lot of industrial customers who will want to stick with the existing products for the time being. We'll keep building these models for as long as there's demand. Raspberry Pi 1B+, Raspberry Pi 2B, and Raspberry Pi 3B will continue to sell for $25, $35, and $35 respectively."