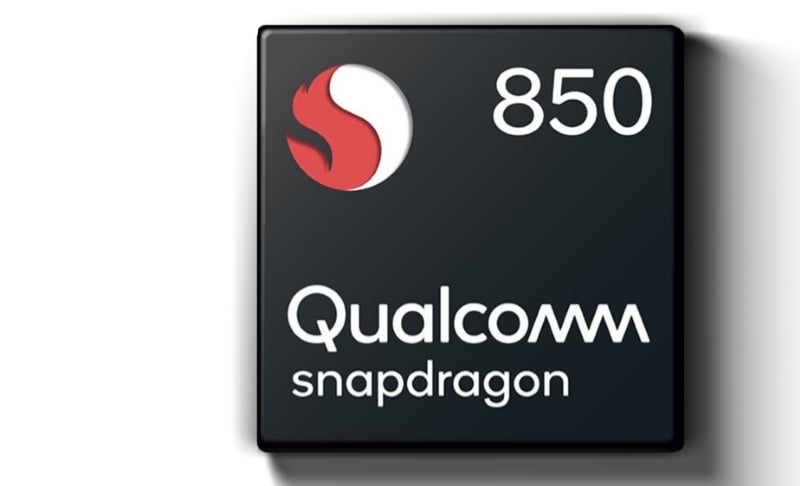 Qualcomm on Tuesday at Computex 2018 unveiled the Snapdragon 850 Mobile Compute Platform. The Snapdragon 850 SoC has been designed for the Always On, Always Connected Windows PC category that was unveiled by Microsoft and Qualcomm last year alongside the such first PCs, meant to deliver long battery life and constant cellular connectivity. It succeeds the 10nm first gen Snapdragon 835 SoC that powered the last generation of these PCs, with Qualcomm calling it the 10nm second gen Snapdragon 850. The company also announced it has partnered with Samsung, with the latter announcing it would make an Always On, Always Connected PC as well. More details like availability can be expected to be announced soon.

The Snapdragon 850 is said to provide a 30 percent increase in performance over the Snapdragon 835 despite being on the same process, using the Kryo 385 CPU clocked up to 2.95GHz compared to the Kryo 280 CPU on the older SoC clocked up to 2.6GHz. Qualcomm adds that it will provide a 30 percent increase in graphics performance as well, with the Adreno 630 GPU more powerful than last-generation's Adreno 540 GPU. It is boasted to deliver 20 percent faster Gigabit LTE speeds, going from 1Gpbs on the Snapdragon 835 to 1.2Gbps. It's also touted to provide a 20 percent boost in battery life, up to 25 hours. The new Qualcomm X20 LTE modem - Cat.18 LTE - also supports nearly all global operators for Gigabit LTE, by reducing the Listed Assisted Access (LAA) licensed requirement to only 10MHz. There is also a 3X increase in AI performance, the company added, with the Qualcomm AI Engine on board.