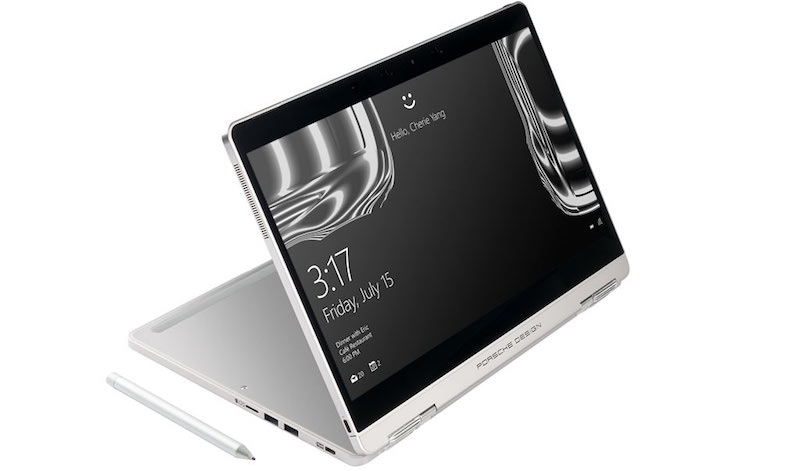 Porsche Design made a couple of big announcements at MWC 2017. After announcing that the company would come out with a Porsche edition of the Huawei Watch 2, Porsche Design also announced a new 2-in-1 laptop, called Book One. The laptop looks similar to Microsoft's Surface Book, with one major difference - the Book One also rotates. The laptop is priced at $2,495 (roughly Rs. ) and will be out in April in the US, Canada and some other countries.

The Book One runs on Windows 10 and features a 13.3-inch QHD (3200x1800 pixels) touchscreen display and is powered by Intel's Core i7-7500U processor. The device comes with 16GB of RAM and 512GB of SSD storage. The hybrid also features a 5-megapixel camera with infrared sensor.

The similarities with the Surface Book do not end there. Porsche Design's Book One also features Cortana and facial recognition through Windows Hello. The hybrid also supports a digial stylus which magnetically attaches to the right side of the device. The stylus is optimised for use with Windows Ink.

The main difference lies in Book One's hinge, which is not only detachable but can also rotate 360-degrees. The Surface Book, on the other hand, can only be detached. At $2,495, the Book One is slightly more expensive than the cheapest Surface Book. The laptop uses milled aluminium casing with a matte anodised surface finish.

Unfortunately, there is no detail on whether the company plans to launch the Book One in India.