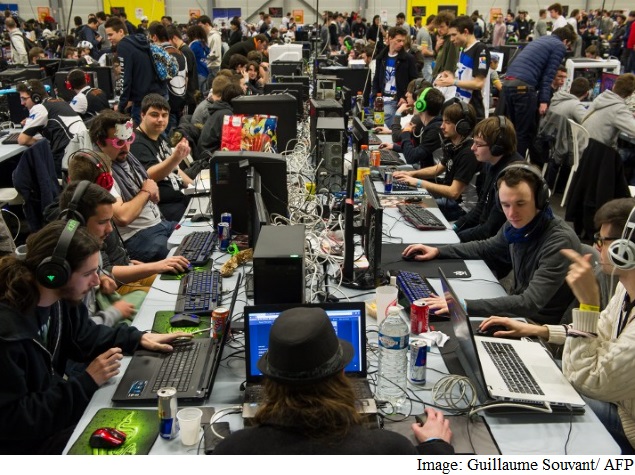 A survey by Gartner showed worldwide PC shipments totaled 71.7 million units in the first quarter, a 5.2 percent decline from the same period a year ago.

A separate report by IDC showed a steeper 6.7 percent drop in the quarter to 68.5 million units.

"The PC industry received a boost in 2014 as many companies replaced their PCs due to the end of Windows XP support, but that replacement cycle faded in the first quarter of 2015," said Mikako Kitagawa, analyst at Gartner.

"However, this decline is not necessarily a sign of sluggish overall PC sales long term. Mobile PCs, including notebooks, hybrid and Windows tablets, grew compared with a year ago."

Gartner is projecting "a moderate decline" of PC sales in 2015, followed by consistent growth the next five years.

Analysts at the two research firms said desktop PC sales were a key factor in the decline but that the new Microsoft Windows 10 operating system may spark renewed purchases.

"The upcoming launch of Windows 10 will consolidate the best of Windows 7 and Windows 8.1," IDC analyst Rajani Singh said.

"In addition to the free upgrade for consumers for a year after the release, Windows 10 should be a net positive as there is pent-up demand for replacements of older PCs. Only part of the installed base needs to replace systems to keep the overall growth rate above zero for rest of the year."

The PC market has been struggling in recent years amid a shift to mobile devices such as tablets and smartphones. Some manufacturers have sought to spark renewed interest with light, thin PCs, some of which can double as a tablet.

"As more vendors find it increasingly difficult to compete, we can expect additional consolidation in the PC market," he said.

Lenovo remained the top vendor in the quarter: Gartner estimated the Chinese manufacturer had an 18.9 percent market share and IDC estimated 19.6 percent.

US-based Hewlett-Packard was the number two vendor, followed by Dell, according to both surveys.

Taiwanese firms Asus and Acer were the number four and five vendors, respectively, according to Gartner, while IDC reversed those positions.

HP was the top seller in the US market, according to both Gartner and IDC.