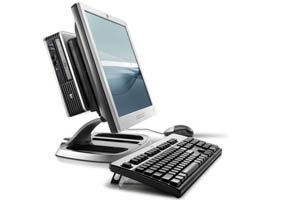 Personal Computer shipments in Asia Pacific region declined by 2.6 percent to 30.3 million units in the second quarter of 2012 compared to the same period in the previous calendar year, Gartner said today.

The most notable decline came from the China PC market at 5.4 percent, marking its first year-on-year negative growth ever, the research firm said.

However, countries like India and Malaysia saw a strong growth of 17 percent and 21.6 percent, respectively, largely on the back of mobile PC growth, it added.

The overall decline was reflected in both the mobile PC and desk-based PC shipment segments, decreasing 3.7 percent and 1.7 percent, respectively. The professional segment declined for the second time this year, down eight per cent in Q2 year-on-year. The consumer segment grew marginally by three per cent.

Also, there is a lesser need to spend on PCs now as alternative products and services are available that enable users to do all tasks for which PC's are used.

Major cities in emerging markets are experiencing the same PC penetration issues and though opportunities are there in the smaller cities and rural areas, it takes time for the market to develop, it said.

Both Lenovo and ASUS gained market share in the region in the second quarter of 2012.